Denver’s Civic Center Park is one of America’s best preserved legacies of the early 20th century City Beautiful movement.  Opened in 1919, the park has had its ups and downs over the years.  In the last decade over $15 million of city money has been spent to repair and restore its historic structures, and activate the space with amenities like pop-up food courts, summer movies, and art projects.  Central to these efforts is the work of the Civic Center Conservancy.  In 2012 the efforts were rewarded with the park’s designation as Denver’s only National Historic Landmark. 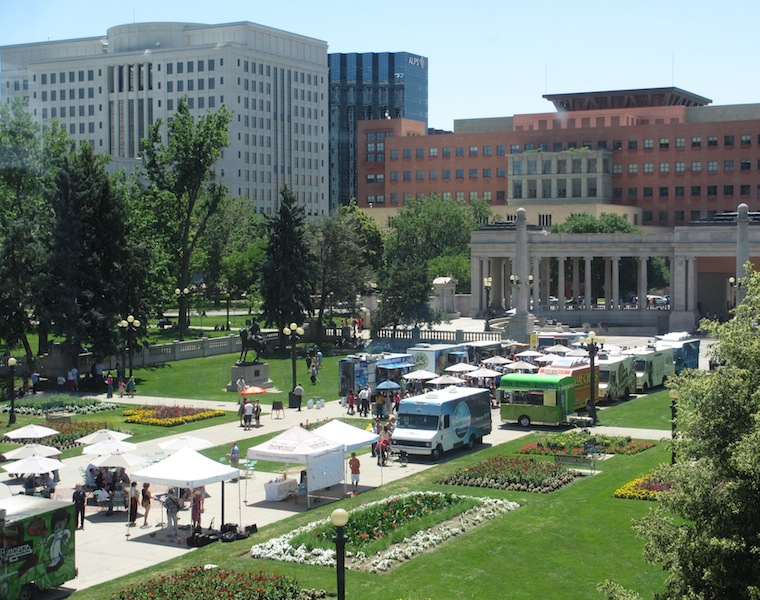 Despite the monetary investment and landmark status, Civic Center Park has some serious problems.  The crime rate between January and June of this year was up 35% compared to the same period in 2012.  Arrests are up 515%. An outbreak of gunfire at mid-day last August 15 claimed no lives but left dozens of bystanders shaken. A front page story in the Denver Post  was featured by Planetizen.  This has re-focused attention on a space that many citizens still perceive as dangerous and actively avoid.

Who’s to blame for the situation? The accusations fly, and reader comments on the Post story identify multiple culprits.  The gangs.  The drug dealers. The homeless.  The Occupiers of Denver.  The complacent police.  The politicians.  Commenter “GenePH” summarizes the bulk of opinion on this count:

How can one clean this place up when bleeding heart liberals are running the city (and the state!, and don’t forget the federal gov’t involvement…Remember when Rudy Giullani [sic] became mayor of NYC and cleaned up Times Square? They said it couldn’t be done. He did it.

“Pilgrim1620” expresses a rare dissenting view, seeing the problems as…

…a result of “conservative” policies that fail to recognize that something has to be done for homeless people, and that superficially doing nothing still has huge spillover costs such as into the criminal justice and healthcare systems… It started with the de-institutionalizing of the mentally ill during the Reagan years, that was supposed to get them into less expensive community living – but that was then not followed up with the necessary funding for community services, with results such as that people who aren’t taken care of in relatively low-cost settings, end up running up bills of tens and hundreds of thousands of dollars a year for temporary stays in jails and hospitals…

What’s to be done?  More and better surveillance is one option that’s been implemented.  This is manifested by the installation of 14 new security cameras in high activity locations. The mayor of Denver, Michael Hancock, promises more policemen on patrol. Other ideas floated by public officials include piping classical music into the park and adding free WI-FI. 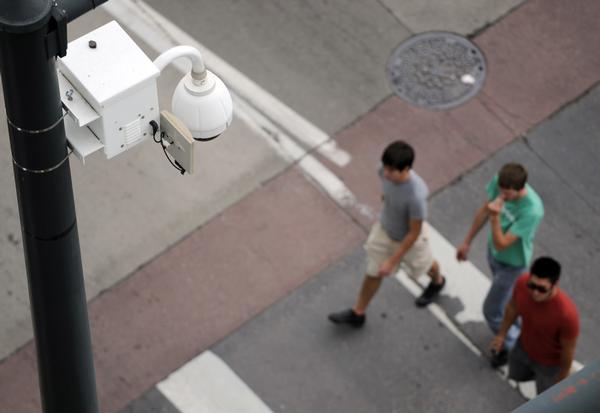 Post readers suggest more dramatic solutions.  Many parallel this one from “broncosfanfromwaybak”:

Bus all the bums weekly to Limon. Pay Limon to keep them as long as they can. Bus them back to Limon after they’ve made their way back to City Park. Simple.

A voice the wilderness, “fablyone”, asserts that the homeless are people too, and have a right to the city:

…If people are obeying the law, they have every right to be in a public park even if they don’t look prosperous and non-threatening. It is reasonable to ask the police to do their jobs. It’s insulting to suggest that only certain groups should be encouraged to enjoy our common areas. If you want a fashion show, go to Washington Park.

A few folks remind us that the problems go with city living, and that we should let things run their course.  From “FrozenFlower”:

OMG, what is happening down at Civic Center Park. I almost tripped over it. Oh, it’s reality.  You mean our lives and lifestyles aren’t perfect? Oh wow. This must be heartbreaking for all the people just finding out.

Not to worry. Given the current political climate, it’s just a matter of time before things get straightened out. It will be fine, relax.

Finally, “dzerres” is alone among Post commenters in suggesting that the park’s problem is not people, but rather design:

This whole “park” concept is wrong for this area. What we need is a piazza where festivals, parades, displays, concerts, booths, political rallies, sports rallies, all those kind of big events with lots of people can take place. Right now all the plantings, the grass, the winding paths and roped off areas are a huge distraction and don’t work. The whole central area should be pavers with easy access to booth anchoring bolts, electrical outlets, built in speaker platforms, security access or ticket access points and limit the plantings and the trees to the perimeters. Big European cities all of plazas or piazzas where people can gather…. Civic Center Park as it is now configured is just a big obstacle course to walk and see anything (except the bums, the hookers and the drug dealers). Stop wasting money trying to make this a park and make it a Square for people, events, concerts, starting or end points to parades like the Parade of Lights and the Stock Show Parade. As the trees die off don’t replace the ones in the middle – they get in the way of the view and just have bums sleeping under them anyway. Don’t waste water on flowers and grass that people just trample anyway. The problem AND the solution is so obvious!

Interestingly, using redesign to remedy the problem is among the most successful strategies identified by the University of Wisconsin’s Center for Problem-Oriented Policing.  The Center’s policy guide Dealing with Crime and Disorder in Urban Parks notes the limitations of “traditional” policing strategies such as increased foot patrols, sweeps, undercover stings, and other forms of surveillance.  Instead, it highlights the successes brought by modifying physical layout, re-aligning footpaths, trimming foliage, and improving lighting.  Involving neighbors and other stakeholders, and providing better services and shelter for transient and homeless populations also brought success.  The report suggests that a mix of strategies is required, and that the success of any particular mix depends on local context.  Of course, a National Historic Landmark like Civic Center can only be re-designed so far lest it lose the quality that made it a landmark in the first place. 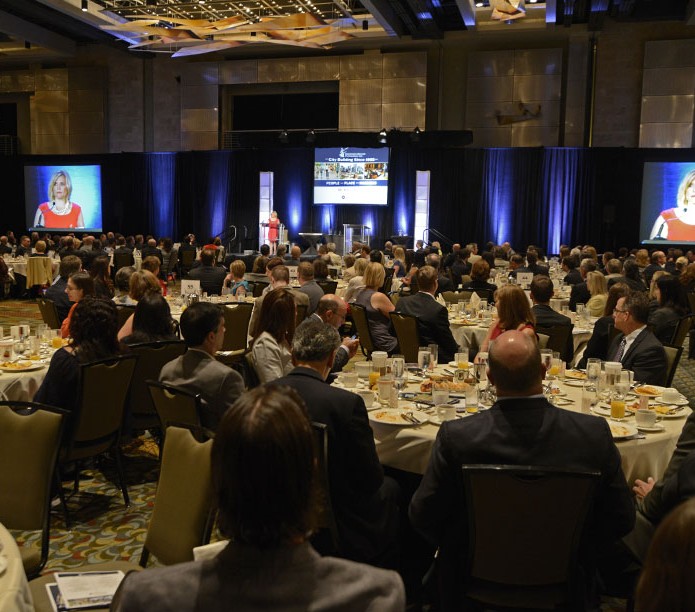 Clearly, the Civic Center Conservancy has its work cut out for it.  It not only has to secure the park, but it also needs to better connect the park to the commercial core and surrounding residential neighborhoods.  In brainstorming about the latter, the Conservancy might avoid taking stakeholder outreach advice from another civic organization, the Downtown Denver Partnership.  DDP is the entity that keeps tabs on development in the central core area just to the north of the park.  DDP’s new “City Build” project aims to create better urbanism in Denver by targeting involvement from the coveted Millennial demographic.  They might be careful what they wish for.  City Build will start soliciting Millennial ideas with a nice dinner on fine china for 150 people later this month…in Civic Center Park.  One assumes there will also be classical music to keep the undesirables at bay.

This essay was reposted to Sustainable Cities Collective. For previous posts about Civic Center Park see here and here.