It happened around 11:30 PM on Monday, December 19th.  The Denver Post has the story and some pictures, including this one: 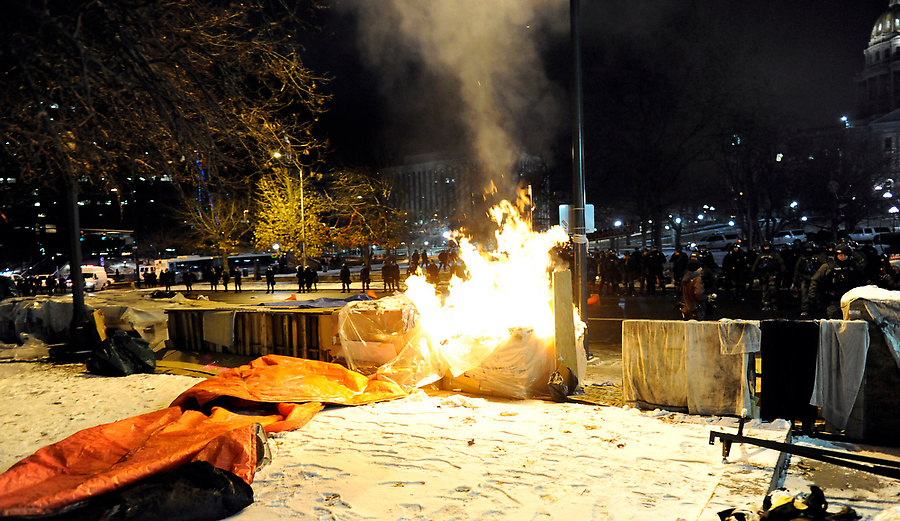 This was the scene at the eastern edge of Civic Center Park (where the occupation moved from adjacent Lincoln Park back in October) at noon today: 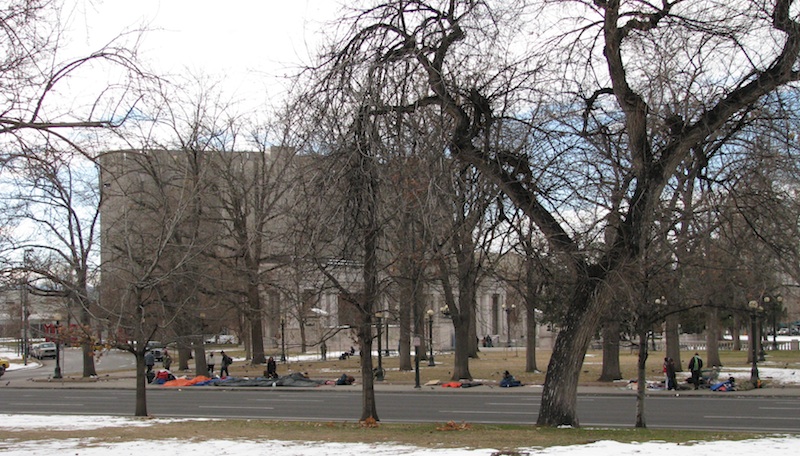 It’s difficult to disagree with the house editorial in today’s Denver Post asserting that Occupy Denver had “degenerated into a caricature of itself,”  and that the public sympathy that once existed had “frayed or dried up.”   The movement never seemed to regain its footing after the eviction of Lincoln Park protesters on October 15.  There have been reports of movement infiltration and infighting, and occupiers don’t help themselves by engaging in bad behavior.  Playing off of Peter Marcuse’s astute observations about the Zuccotti Park occupation we wondered back in October whether there would be a “Plan B” to sustain the movement once winter weather set in, perhaps involving alternative forms of protest and the occupation of different kinds of public spaces.

In the couple of months since the Lincoln Park eviction, and in light of the forcible dispersal of protestors at Zuccotti Park on November 15, Marcuse has continued to blog about Occupy strategies.  In one particularly compelling post (subsequently channeled in Salon by Todd Gitlin) he warned against “fetishizing” occupation spaces  in a way that makes permanent and round-the-clock defense of that space “the overwhelming goal of the movement, at the expense of actions furthering the broader goals that that space is occupied to advance.”  For example, goals like articulating a coherent way of looking at the world, formulating a platform of specific demands, and advancing a particular program for activating change.  And, modeling for the rest of us (via internal organization and procedures) what an “alternative form of democracy” that accommodates disparate groups and interests would look like.  For Marcuse the establishment and defense of occupied space is certainly important. However, it’s only one means to an end and not the end itself. 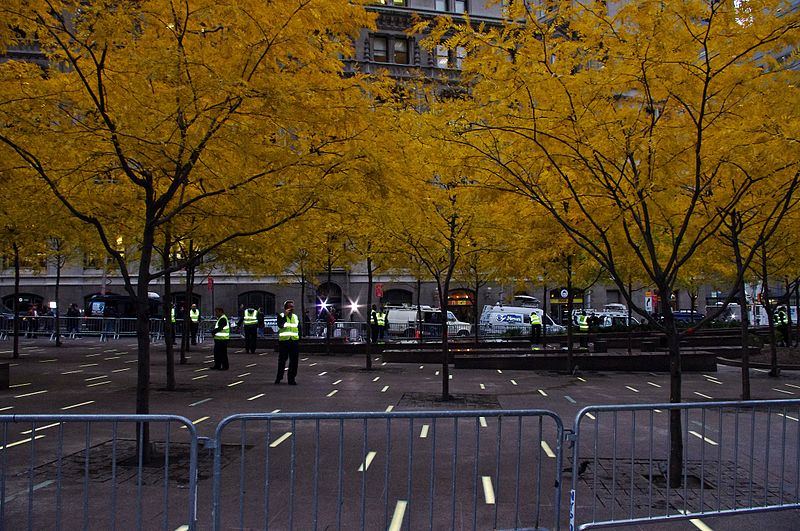 In another trenchant piece posted at about the same time Marcuse suggests a “Two Site” Solution for Occupation movements in New York that should be considered elsewhere. Namely, one site to be used as a Staging Area and symbolic anchor (e.g., Zuccotti Park, Lincoln Park) and another, closely-linked site to serve as a Political Incubator (e.g., an empty factory or warehouse, a college campus, an office building atrium, a church, a large empty storefront, etc.) for workshopping movement goals and methods.  All easier said than done, of course, given zealous campus police and reluctant clergy.

Still, for Marcuse “only the imagination (and the balance of power!) limits the possibilities.”  The extent to which the imagination lives in other cities is not clear. However, it seems to have tapped out very early here in Denver.