The Flip-Side of Urban Vibrancy, Or, What Millennials Do After Hours

The Denver Post has the story of a typical after-hours Saturday night in Lower Downtown Denver, and it’s not pretty.   In 2010 “LoDo” was  identified by the American Planning Association as one of America’s Great Places in the “Neighborhood” category.  Denver Life Magazine routinely identifies LoDo as one of the city’s best places to live:  “Bustling with shoppers, nightclub hoppers, sports fans, business people, gallery-goers and tourists, there is always something going on.” 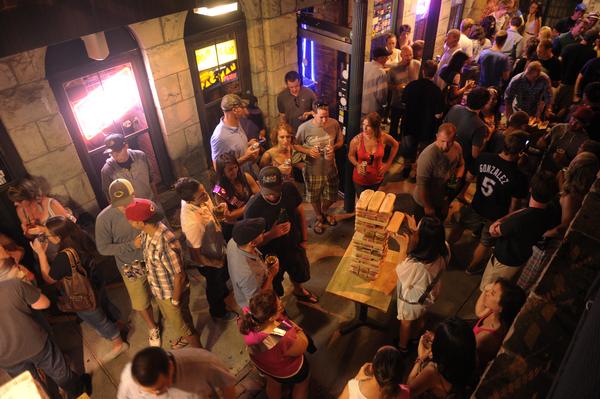 That something, however, is not always desirable according to police data and the Colfax Coalition.  A person is more likely to be a crime victim between 1 and 3 am on a Sunday morning in LoDo than in any other part of the city at that time, especially during the summer months.  Calls for 911 service can quadruple during those hours.  Violent crime rates on a Saturday night are more than four times that of a typical Sunday, Monday, Tuesday, or Wednesday night.  While crime elsewhere in Denver was down in 2012, aggravated assaults in the downtown area were up 14% and robberies up 31%.   “Parking Lot Pimping” is also a problem, involving men who have never entered the bars cruising the streets looking for a hook-up or just some trouble. 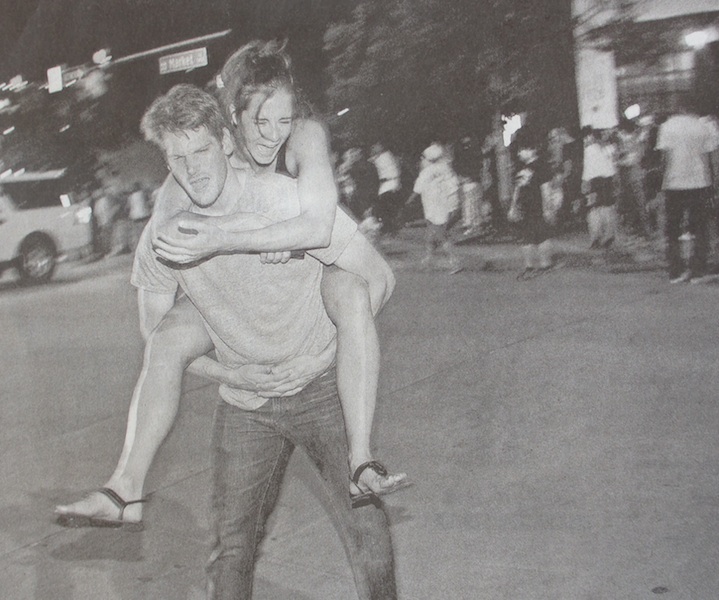 Criminal behavior and hormone-fueled violence is to be expected in an urban environment. It might even be a reflection of an area’s successful revitalization, as Denver Mayor Michael Hancock suggests in The Post article. Of the many Post readers commenting on the story one perceptively argues that the way LoDo’s spatial boundaries are drawn—to include some clearly dangerous pockets of downtown activity that are unrelated to bar-hopping—inflates the risk and thus is unnecessarily alarmist. The crime that’s the result of bar and club activity needs to be separated from the crime that otherwise exists in the area.  It would also be useful to know how crime rates in Denver’s revitalized downtown entertainment district compare to those of entertainment districts in other cities. 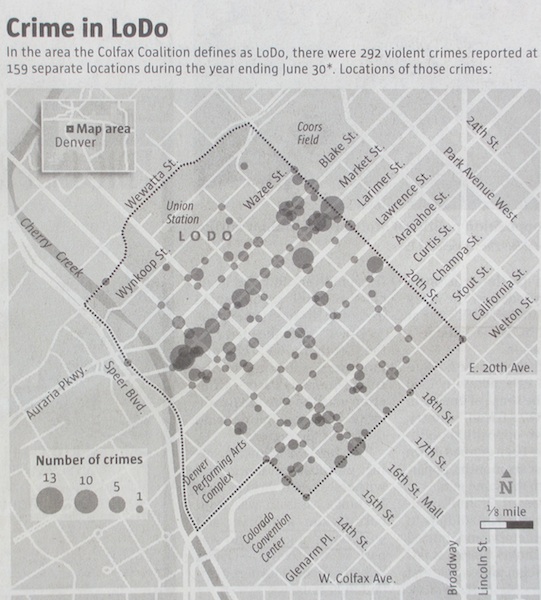 Whatever the factors that cause this story to be front page news, and whatever the comparisons with other cities, this kind of publicity is probably not a good thing for LoDo.  The Post emphasizes that the violence persists “despite the best efforts of policemen and bar owners who spend thousands of dollars on security.”  What, then, is to be done?  Stagger bar and club closing times? Extend closing hours to 4 am, 6 am, or maybe never?  Put more police eyes on the street? Provide more street lighting? Approve fewer liquor licenses?  Install more security cameras, like the city has done in Civic Center Park?  Introduce late night food trucks? Denver’s Mayor and City Council are on the lookout for innovative strategies for dealing with the problem.