Kerfuffle Up in Buffalo

The dust-up exemplifies a wider fuss among urbanists, and the Buffalo front is just the latest one to be opened up. Colin Dabkowski of the Buffalo News started it, with an “open letter” to New Urbanists who had just completed their 22nd annual conclave in the city (disclosure: I’m a member of the Congress for the New Urbanism, but I didn’t attend the Buffalo meeting). Dabkowski took aim at Jeff Speck’s CNU speech advocating “urban triage”, which Dabkowski understands as a call for investing in the development of a city’s most prosperous neighborhoods and then hoping for some positive trickle down effects to others that are less prosperous. For Dabkowski this strategy is a reflection of New Urbanism’s general “lack of concern” for the disadvantaged residents of blighted areas. He pulls no punches in criticizing New Urbanism for failing in its expressed commitment to develop more diverse “mixed income” neighborhoods. He labels as “juvenile and regressive” New Urbanism’s tendencies to celebrate the “good old days” of a traditional, small town America that, in his view, never really existed. New Urbanism’s architectural preferences reflect an “aesthetic blandness” that is similarly regressive. In short, for Dabkowski New Urbanism is “deluded, myopic, and dismissive of the actual problems faced by American cities face today”: poverty and income segregation. These problems beg for broad-based economic development and a “convincing or coherent strategy” for creating social equity on large scale.

This is strong stuff, and fightin’ words. Accordingly, Charles Marohn of Strong Towns quickly struck back on behalf of New Urbanists everywhere. Marohn takes Dabkowski to task for fundamentally misunderstanding the concept of urban triage. Urban triage is not about privileging rich neighborhoods over poor, but about prioritizing infrastructural investment where resources are limited so that you get the biggest bang for the buck while serving the greatest good. Rather than sprinkling what Speck calls the “fairy dust” of compactness and walkability everywhere, we’re better served by seeking out places in the urban fabric that have the greatest promise for achieving New Urbanist goals, and making those places better. Thus, urban triage is about thinking and acting strategically. In other talks (like this one in Phoenix) Speck references downtown Denver as a model of how urban triage can work. Denver’s Lower Downtown is generally heralded as an urban redevelopment success story. Speck notes that Lodo’s renewal wasn’t “district-wide.” For Speck it was one street, and really just one block, that got it right (which one, he doesn’t say). When people saw how well that one block did, they began replicating its success throughout Downtown Denver. 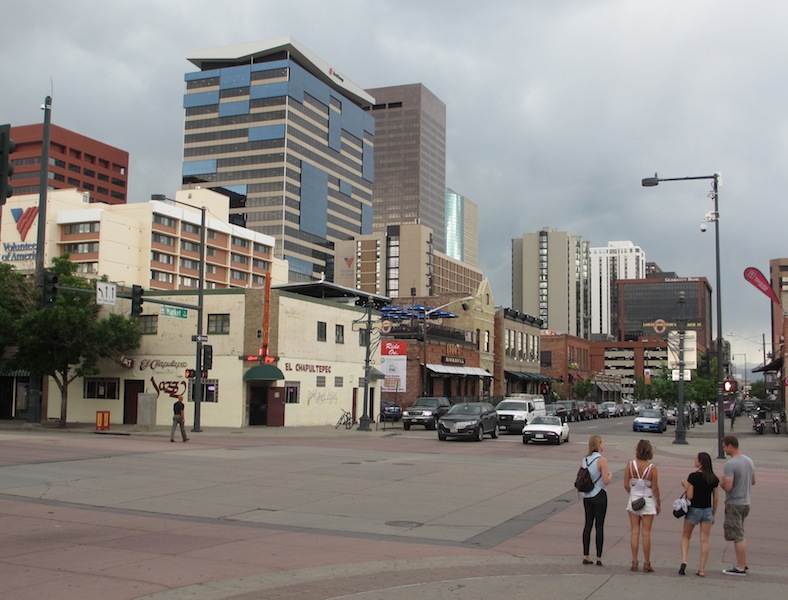 Online comments by the readers of both Dabkowski and Marohn (as well as contributors here and here) are instructive in that they appear about equally divided in their support of each viewpoint. Supporters of Marohn agree that Dabkowski mistakes Speck’s point about urban triage and misses some important nuances in his argument. Others point out that New Urbanism’s charter is explicitly concerned about social equity and welcomes diversity in architectural form. On the other hand, supporters of Dabkowski suggest that the New Urbanist manifesto has fallen far short in producing equitable communities and visually interesting built environments. Even Marohn has to admit (in a response to one of his readers) that New Urbanism has a certain “pretentiousness” about it. Just about everyone on both sides agrees that civic officials don’t generally think strategically or holistically about what cities need. More often than not they will pander to constituents, especially the more vocal and better heeled. As for New Urbanism here in Denver, if it hasn’t exactly produced an aesthetic “blandness” it has certainly produced an aesthetic sameness that may not inspire much love among a rapidly diversifying urban population. And it’s pretty clear that strategic investments in Denver’s urban fabric haven’t stemmed the tide of displacement and gentrification. A spatial structure of haves and have-nots persists, and thus the jury is still out on Denver’s experiments with socially equitable urban triage. This also appears to be the case in Buffalo.

But perhaps the most interesting aspect of the back-and-forth between the respective supporters of Dabkowski and Marohn is the preservation of an opposition between New Urbanism and the old urbanisms that produced “Sprawl.” Where Dabkowski misses in his understanding of urban triage he hits in recognizing the “false choice” between New Urbanism and Sprawl. This report on CNU 22 notes that the Buffalo conclave offered up a variety of alternative urbanisms, among them “Good Urbanism”, “Better Urbanism”, “Tactical Urbanism”, “Lean Urbanism”, and “Situational Urbanism.” I either know or can guess what each of these mean, and it’s almost certain that they’re all rooted in that one urbanism that has long been considered “New” and, for many, our best chance at creating a walkable, sustainable city.  However, other urbanisms exist (see here and here) that begin with cultural and class difference and prioritize social equity. They too seek a more sustainable urban order.  Dabkowski intended his piece to provoke a conversation among the adherents of different urbanisms. Marohn suggests that the conversation needs to be more “substantive” and “adult.”  Both are right, and thus both do good service in promoting a broader dialogue. Participants in this dialogue should be less defensive about the particular urbanisms to which they adhere and more open to taking a warts and all look at each. Along the way we might consider other kinds of strategies that can usefully triage our contemporary urban condition, including working at the boundaries of different neighborhoods and not just in the centers. In so doing we might begin knitting back together that which the Age of Inequality is rapidly tearing apart.