Housing the Homeless at 9th and Colorado?

While doing a Patricia Calhoun check this morning I came across her post-mortem on the Walmart War at 9th and Colorado entitled “With Walmart Out of the Way, What Should Fill the CU Healthcare District?”  Patricia has some tongue-in-cheek suggestions, including one for a “Homeless Hotel”:

The homeless check in, and they’ll definitely check out…your neighborhood! Yes, the homeless have been booted off the 16th Street Mall and sidewalks across town. They now roam around the Ballpark neighborhood, the Golden Triangle, all along Colfax Avenue, and everywhere else they can avoid detection. Why not just consolidate the city’s entire homeless population in one large complex, complete with male, female and family housing, transitional apartments, soup kitchens, small industry for job development, and drug and psychological treatment facilities? Neighbors might whine, but the old CU complex already has a state-of-the-art psychiatric center that deserves to be saved. 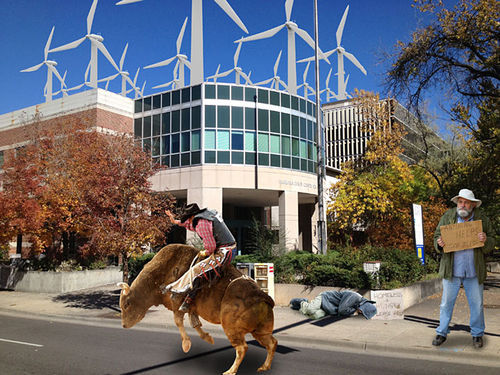 Actually, a “Homeless Hotel” isn’t such a bad idea if you’ve been keeping tabs on developments in the construction of affordable public housing for the poor and elderly nationwide.  The New York Times architecture critic Michael Kimmelman has been doing so from the very beginning of his tenure, just like his predecessor Nicolai Ouroussoff did from time-to-time before him.  Mr. Kimmelman’s most recent piece on the subject, “Design as Balm for a Community’s Soul,” considers a couple of projects in San Francisco and Oakland from the standpoint of their aesthetic, psychological, financial, and social impact.  Here’s Mr. Kimmelman’s money quote about the award winning Drs. Julian and Raye Richardson Apartments in San Francisco, designed by David Baker+Partners Architects:

“The building respects the neighborhood, the residents, and all this is reciprocated,” as Brian Quinn, who manages the apartments for Community Housing Partnership, put it to me. The organization worked with Mercy Housing, a nonprofit developer, to construct Richardson.  The cost? $27 million.  The value?  As with any subsidized housing project that spends a little extra for quality architecture, some advocates for the homeless questioned whether the money might have been better spent on more units. But health and safety go hand in hand with pride of place and a sense of dignity. San Francisco’s public health department said the city saves up to $29,000 a year on former homeless residents in supportive housing, and in general nearly $10,000 per resident a year, which jibes with Community Housing Partnership’s numbers at Richardson. That’s not counting the contribution Mr. Baker’s work has made to rising real estate prices in the area [emphasis added]. 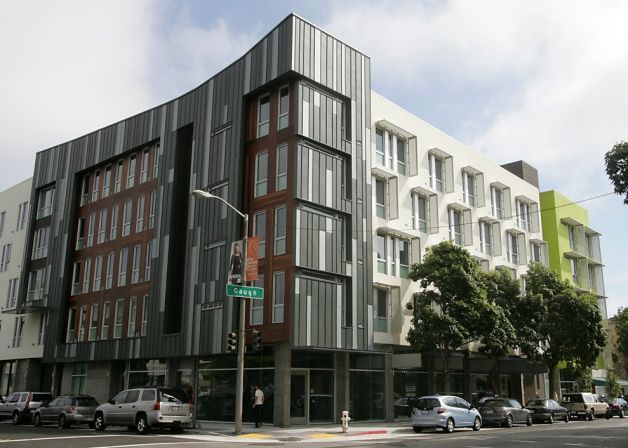 Concern about real estate values was a central factor motivating neighborhood opposition to the construction of a Walmart at 9th and Colorado.  Filling the 9th and Colorado space—at least in part—with signature residences for homeless and formerly homeless people along with some “transitional” services to support them could be a win-win for the city and the neighborhood.  Ever since the Walmart War ended the Do It Right at 9th Facebook page has presented no substantive ideas for developing the site.  Local city councilwoman and Denver City Council President Mary Beth Susman appears to be uninterested in using her Town Hall meetings to solicit alternative development suggestions.  Housing for the homeless is a credible alternative. And it might also bring some soul to a local neighborhood that, in my view, desperately needs some.