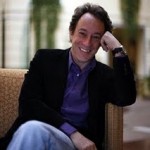 New York Times commentators have always figured prominently in my urban studies reading lists, whether its Paul Krugman advocating Old World urbanism, David Brooks explaining American exurbanism, or the extant architecture critic opining about the latest addition to the global skyline.  So, I was excited last Monday when Caitlin Barrett, one of my students, alerted me to a front page article about architecture in that day’s edition of the Times.  I wondered if this might be the first piece by Michael Kimmelman, the person appointed to replace Nicolai Ouroussoff as Times architecture critic. I was delighted to find out that it was.  And I was even more delighted to discover that Mr. Kimmelman’s inaugural subject was Via Verde, an affordable housing project in the South Bronx. Affordable housing and homelessness is a territory into which this blog has ventured a couple of times (see here and here).

Mr. Kimmelman’s review of Via Verde hits many good notes.  He serves notice on (1) the inter-effective relationship between people and buildings; (2) the civic value of architecture; (3) America’s calamitous history of “urban renewal” in the name of creating affordable housing; and (4) and the “binge culture” of recent years in which “advances in new digital technologies and materials coincided with unprecedented private wealth to cause architecture to join the conga line of fashion and art.”  Of course his review also detailed the particular design virtues of the Via Verde complex, including its many green features, built-in incentives to outdoor living and walking, and rooftop gardens and other common areas.  Importantly—and refreshingly—the review ends with a promise to keep tabs on the building to see how it’s actually used by residents and whether it accomplishes its social goals. 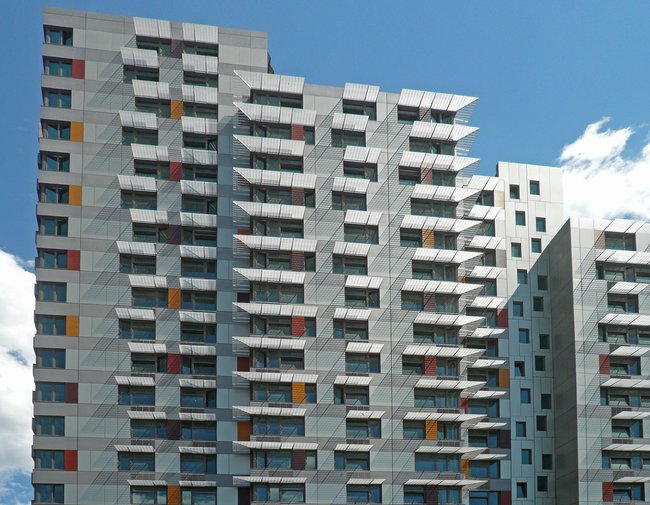 I was impressed that Mr. Kimmelman (and his Times editors) paired his print piece with an online bit about Mr. Kimmelman’s “mission” and an invitation to converse about the social context of architecture: who benefits from buildings, who doesn’t, and what makes them succeed or fail.   The resulting reader commentary is pretty much uniformly positive about Mr. Kimmelman’s inaugural piece and mission statement.  The most impassioned commentators played off of the “binge culture” riff.  One agreed with the need to “drive the conversation away from luxury developments by starchitects and towards sustainable construction.”  Another urged that we “shift the discipline’s radar from form-based aesthetic evaluation to a broader social-based evaluation.”   A third wished Mr. Kimmelman good luck in nudging the conversation “towards a more comprehensive evaluation of the built environment and away from the breathless adulation of the latest big name architect, or the branding of the latest green trend.”

Perhaps the most trenchant comment, however, challenged Mr. Kimmelman to carry through on his commitment to turn criticism and conversation in this direction.  As this reader noted, global travel to exotic locales and company kept with Pritzker Prize winners can have seductive effects and derail even the best laid plans to re-focus the critical agenda.  The accusation is that Mr. Kimmelman’s predecessors in the Times architecture critic’s seat too easily succumbed to these temptations.  I’m not so sure.  Mr. Ouroussoff had his moments writing about housing for the poor, although he may have gone a little over the top writing about Koolhaas.  Only time will tell if Mr. Kimmelman will make good on his promise to sustain a focus on the social context, redemptive qualities, and long-term history of urban architecture and design.