The demolition in question is the campus of the former University of Colorado Health Sciences Center at 9th Avenue and Colorado Boulevard in Denver. We’ve been chronicling this development, and the struggle between developers and citizens over what it should look like, since June of 2011. The story goes back farther than that, however. Plans for redevelopment have been in the works since 2003.  The site has been completely abandoned since 2007.  The campus has seen three would-be developers come and go. There have been break-ins and vandalism.  Graffiti artists have made their mark.  Last July 22 the campus was officially designated as a blighted urban renewal area by the Denver City Council.  The section now being demolished is a 6.74 acre piece destined for luxury residences, a deal that was closed in June 2013.  The fate of the rest of the site—22 acres intended for mixed use commercial and office development—is still undetermined.  Developers are currently submitting plans. The Colorado Boulevard Healthcare District (CBHD) board—a volunteer citizen’s group responsible for sharing information with the public—hasn’t met for several months as things sort themselves out. 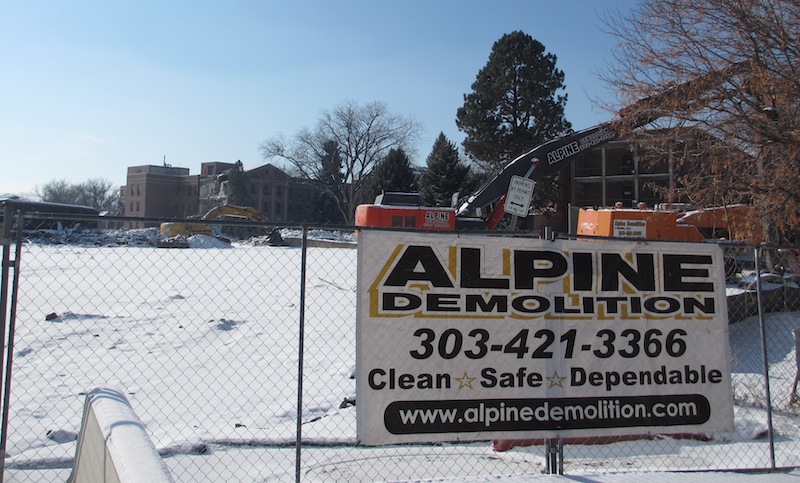 As quoted in the Denver Business Journal, Denver City Council president Mary Beth Susman asserts that the local neighborhood and the city share a common vision of “mixed use development that has density and walkability.”  The Council-approved development plan calls for promotion of a “diverse, sustainable neighborhood economy.”  Denver Urban Renewal Authority executive director Tracy Huggins says that “everyone is very much aligned about overall objectives.”

Citizens in adjacent neighborhoods have a website that articulates what they want a bit more specifically. Elements include a mix of unique local restaurants oriented around a year-round indoor farmer’s market.   A local brewery.  Retail that provides higher end fashion and furnishings. A luxury/boutique hotel. Businesses dedicated to marketing, design, technology, and financial services.  Art studios and venues.  In short, the desire is for an upscale urban village offering a distinctive—and by all indications pretty exclusive—live-work-play experience.  Aspirational models include Denver’s tony Cherry Creek neighborhood (“where Denver comes to shop, sip, and be seen”), which is located just a stone’s throw away.  Other suggested models draw on elements found in Milwaukee’s Third Ward, Seattle’s Pike Place Market, San Francisco’s Ferry Building, and Vancouver’s Granville Island Public Market. 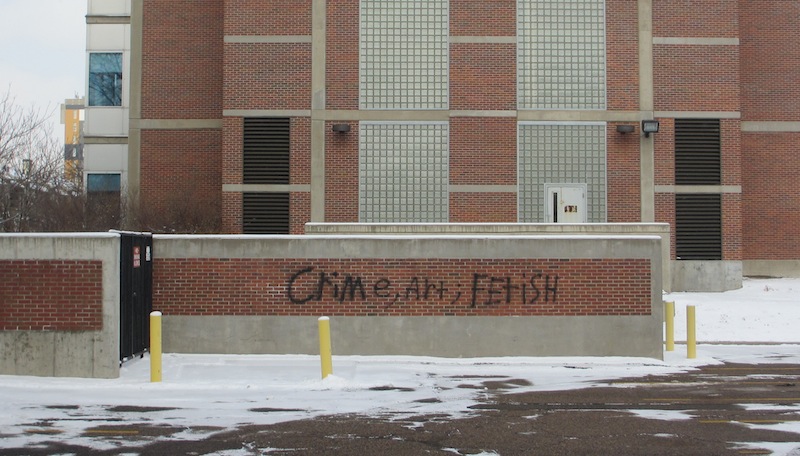 The plan for urban renewal at 9th and Colorado is an irresistible topic because—as we establish in our series of posts—issues of race, class, culture, historic preservation, corporate ethics, citizen activism, city council politics, and urbanism (specifically New Urbanism) collide in some particularly interesting ways.  As implicated above, the scales have clearly tipped to favor the desires of a particular demographic with the time, technical means, and political influence to shape the conversation.  One vanquished developer frustratingly described that demographic as One Percenters.  That’s not entirely accurate, but it’s an effective partial framing of the issue.  Certainly, public CBHD meetings—routinely scheduled during working hours—haven’t attracted much class or ethnic diversity.  Other forms of outreach to potentially affected groups have been non-existent.  Public dialogue hasn’t considered sustainability in its sociocultural sense.  It’s clear from census data that there are people and families in the local neighborhoods who might appreciate some affordable options when it comes to housing, eating, and shopping. Thus, Councilwoman Susman might know what the city wants, but I’m not so sure she knows what the citizenry wants—in all of its messy, complicating diversity. 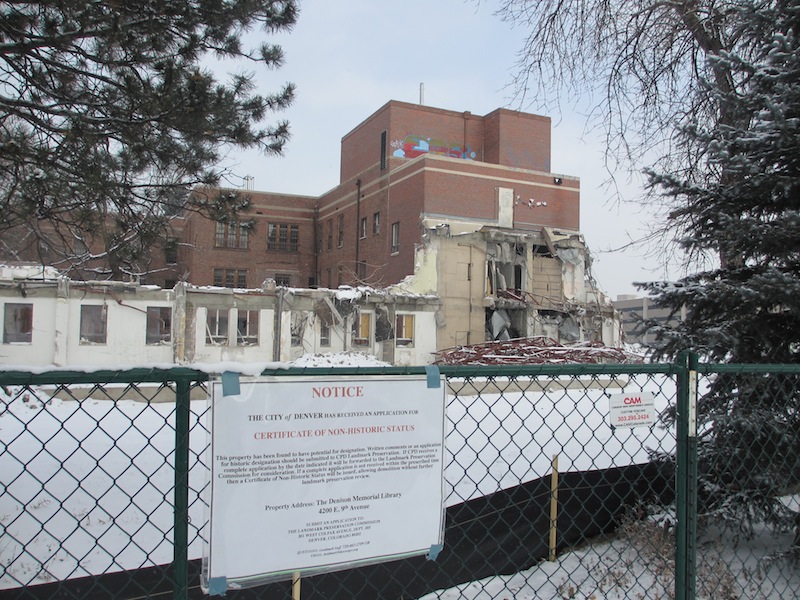 My personal view is that one Cherry Creek shopping district is more than enough for this part of Denver.  Denver has enough microbreweries to secure its place on that particular Top Ten list for years to come. I’m sure the aspirational development models identified for other cities have their virtues. But it would be good to know how effectively they connect to place and how effectively they appeal to class and ethnic diversity.

In multiple posts on this blog (e.g., here) we’ve advocated for an approach to Health Sciences campus redevelopment that (1) reflects—in both substance and architectural style—the site’s history as a medical research facility, and (2) welcomes the burgeoning ethnic diversity of urban cores. The first of these considerations prescribes—drawing on “healthy city” and “heart of the city” metaphors—an identity-establishing signature building, the adaptive reuse of a few more historically significant existing structures, full enclosure of the proposed central Quadrangle to create a more intimate and pedestrian-friendly public space, and better and safer pedestrian and bicycle connections to the playing fields of adjacent parks (children, like class and ethnic “others”, have been conspicuously missing from the public discussion).  The second consideration prescribes—drawing on intercultural city ideals—a critical mass of value shopping alternatives, at least a little “hard” public/plaza space (including parking lots) where “informal economies” can be encouraged and supported, and housing to accommodate not only multi-generational families but also the varied living arrangements that characterize a broader swath of cultural and economic diversity.

When the next developer for the Health Sciences Center campus is selected, it would be good to renew the conversation about development by asking–of a much wider community of stakeholders—the question that one campus graffitist poses below:  What matters? 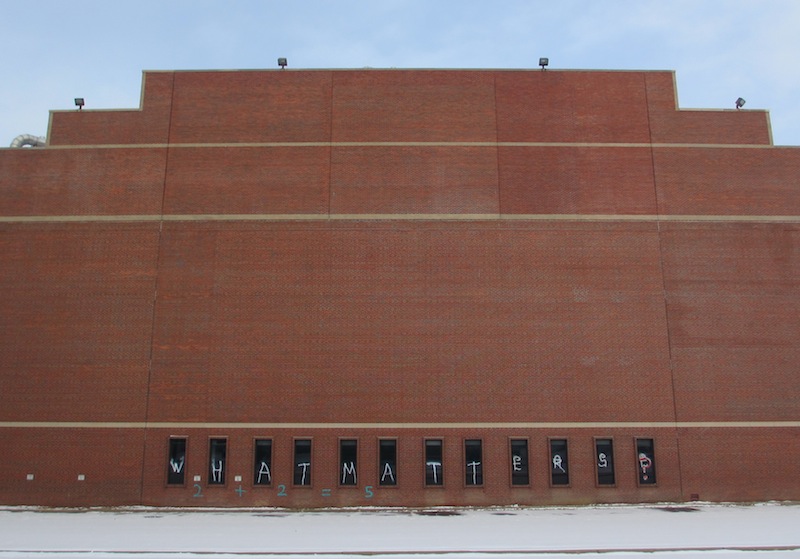