In three weeks time I’ll be headed to Bologna, Italy to participate in an international conference on the City sponsored by the University of Bologna’s Laboratorio di Ricerca sulle Città (Laboratory for Research on the City).  The laboratory was co-founded in 2008 by Professor Giovanna Franci of the university’s Department of Modern Languages and Literatures and Professor Raffaele Milani of the Department of Philosophy.  The Laboratory has, as its central goal, to analyze the transformations of the contemporary city from an interdisciplinary perspective. The mission is to help improve the quality of urban life and the prospects for long term urban sustainability.  Specific objectives include critical description and analysis of urban design and architectural form, the history and evolution of cities, immigrant and refugee integration, the representation of cities in popular culture and media, and the forms of citizenship that accompany (and are produced by) various urban materialities. The activities of the Laboratory encompass  conventions, seminars, exhibitions and other events for scholarly and popular audiences.

The upcoming Contours of the City Conference is one such event.  It will serve not only to further the Lab’s interdisciplinary and international mission but also memorialize the life of Giovanna Franci, who passed away in the fall of 2009.  Here’s a description of the conference that illustrates the kind of integrative thinking about the city that Giovanna exemplified in her life and that the Laboratory now seeks to promote following her death: 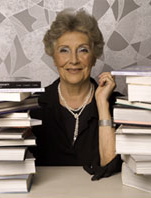 “Observing the landscape and city has inspired many writers and painters to immerse themselves in a vision that amalgamates the world of reality with that of dreams. The forms of places, whether at daybreak or dusk, the alternation of day and night as well as the cycle of the seasons, have promoted a visionary sense of time and place. Here we find the splendour of the eternal flux of all things, a thought expressed across the languages. People perceive the world as a common world, at the same time as their own private world. People are the artificers of things that occur in the world. The external and the interior worlds collide and the intervention of the senses involves the dynamism of reason in a continuous process of exchange between the real and the ideal. The conference will consider the idea of the contours of the city. The range of papers on subjects such as civic (dis)engagement, parallels between ancient and modern cities, urban rivers and cities of mapping will reflect a strong interdisciplinary ethos. We shall also consider two case studies – Paris and London – and how these cities appear in literature and art.” 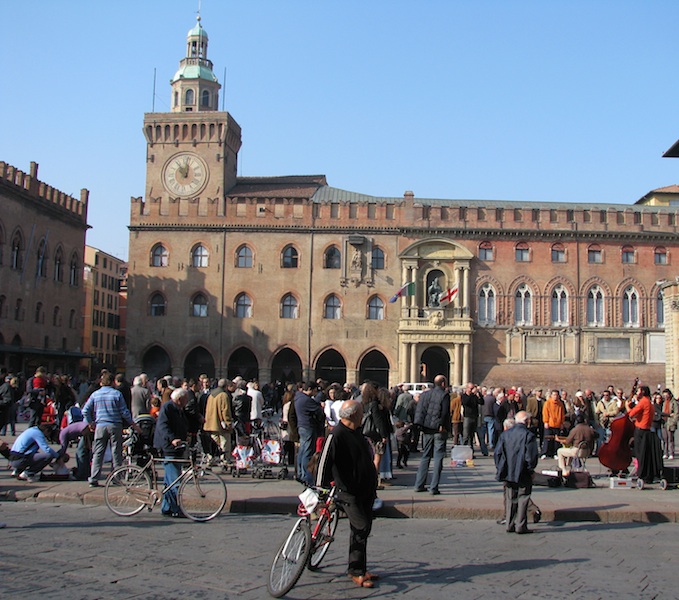 The conference will open at the Capella Farnese in Bologna City Hall. Professor Umberto Eco is expected to deliver a short introduction to the conference. A welcoming letter from Harold Bloom will be read.  Other program details are here. 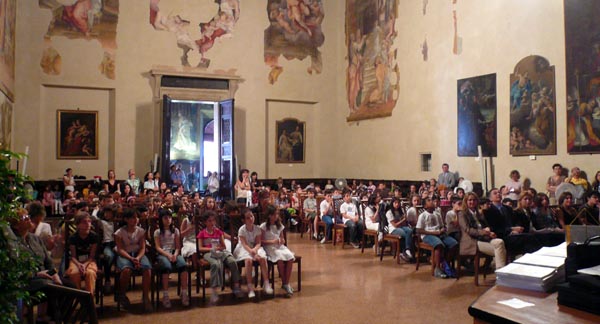 I have the good fortune to participate in a session on “Civic (Dis)Engagement.”  It will provide an opportunity to discuss, for an international audience,  the intercultural sensibilities (or lack thereof) of urban planning and design in the United States and, specifically, Denver.  Shelley Hornstein of York University, Toronto will be a fellow participant. Shelley has a new book dealing with urban memory and place. Her talk will consider how we remember cities by exploring artists’ concepts of demolition, destruction and ruin. Our session conceiver and presiding chair is Elena Lamberti, who has also just published a new book about Marshal McCluhan.

I’m looking forward to all the sessions in a very inspiring program.  The program surely captures the interdisciplinary and intercultural spirit of Giovanna’s vision.  This is also a welcome opportunity to personally honor Giovanna herself. Giovanna was a driving force behind our US Department of Education/European Union sponsored “Atlantis” program to facilitate the exchange of students and scholars between universities in England, Italy, and the United States. The students and scholars coming to DU were certainly instrumental in enriching my course Culture and The City.  They provided refreshing analytical perspectives on Denver’s Civic Center Park and Denver’s New Urbanism.  This blog is a direct outcome of the Atlantis collaboration.

Of course, there are many other joys for a Brooklyn-born kid of Italian ancestry to experience in Bologna besides the company of free-thinking scholars, fabulous architecture, and energizing public spaces: