Learning From the ‘White City’

It’s not the White City that would likely come to mind first, i.e., Daniel Burnham’s spectacular grouping of neoclassical buildings at the 1893 World’s Columbian Exposition in Chicago, made famous by Erik Larson’s book. Rather, it’s a white canvas tent colony that appeared 20 years later and about 1,000 miles to the southwest, near the railroad depot (now a ghost town) of Ludlow, Colorado. Given the average American’s knowledge of Western history, Ludlow might as well be Nowheresville. The Ludlow Tent Colony was a striker’s camp of 200 tents occupied by coal miners and their families (about 1,200 people) during the 1913-14 Colorado Coal Field War. This episode of industrial conflict is arguably the bloodiest example of labor unrest in American history. The violence culminated in the deaths of two women and 11 children on April 20, 1914 when an armed force of coal company guards, professional strikebreakers, and hired mercenaries stormed the colony and set it ablaze. The women and children were trapped in a tent cellar and suffocated to death. Dozens of other people died in the 10 days of open warfare between striking miners and company men that followed. On April 30th President Woodrow Wilson called in federal troops to disarm both sides and restore some calm. 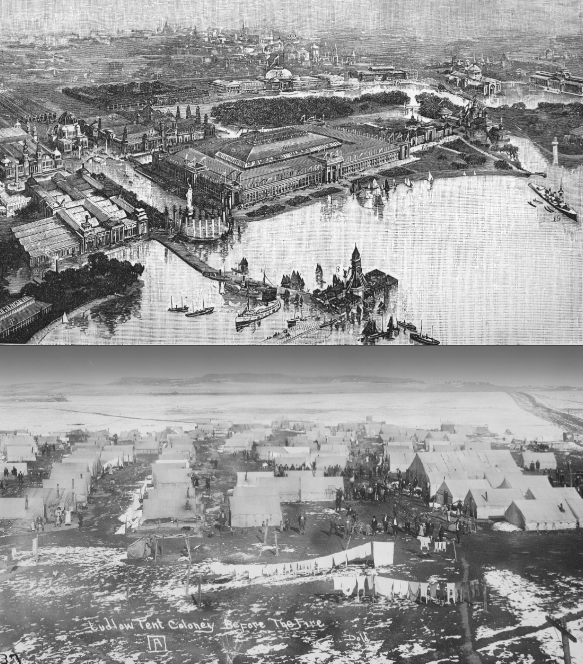 This year marks the 100th anniversary of the “Ludlow Massacre.” Although not widely known or taught in school the anniversary has provoked some significant national interest. Stories in The Nation and The New Yorker discuss the details and why the event still matters. Because I was one of the scholars who led the first-ever archaeological excavation of the tent colony I can’t let the anniversary pass without mentioning Ludlow’s relevance for contemporary urban planning and governance. 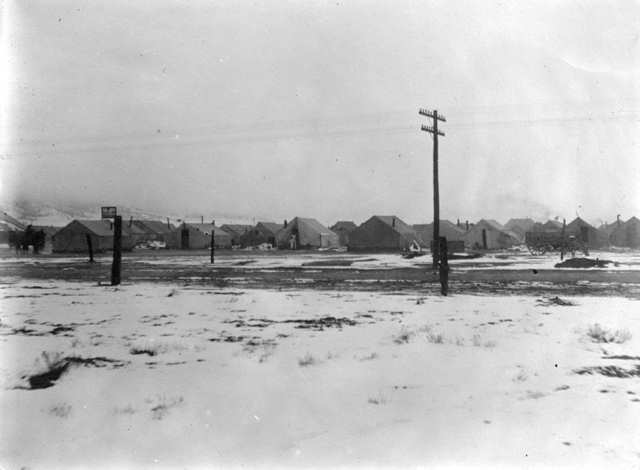 In his award-winning book Killing for Coal, Thomas Andrews reports documentary evidence suggesting that Colorado strikers nicknamed their settlement the White City because of the “gleaming canvas facades” of the tents, and “as an ironic reference to the dreamlike buildings that had housed the 1893 Chicago World’s Fair.” Alternatively, the moniker could also refer to Belgrade, the capital of Serbia, whose name translates as “White City.” The striking coal miners at Ludlow spoke a number of different languages, primarily Eastern and Southern European. The resident population included Serbs, Croatians, Poles, Sicilians, Tyroleans, Tuscans, Cretans, Macedonians, and others. In America some of these immigrants would come to be lumped together as “Italians” and “Greeks.” Mexicans, Spanish Americans, and even African Americans contributed to the ethnic mix. Life in the tent city for these people was far from ideal. They occupied the colony for 15 months, under extremely difficult economic conditions and through one of the worst winters in Colorado history (many historical photographs show the snow piled head high around the tents). The miners were striking because of low pay, dangerous working conditions, and non-enforcement of Colorado mining laws. Simply taken at face value there’s much to learn from this history that’s relevant for today. America’s coal miners (as the articles linked above demonstrate) are still struggling to deal with issues around workplace safety, fair compensation, entitlement to medical benefits, and other rights. 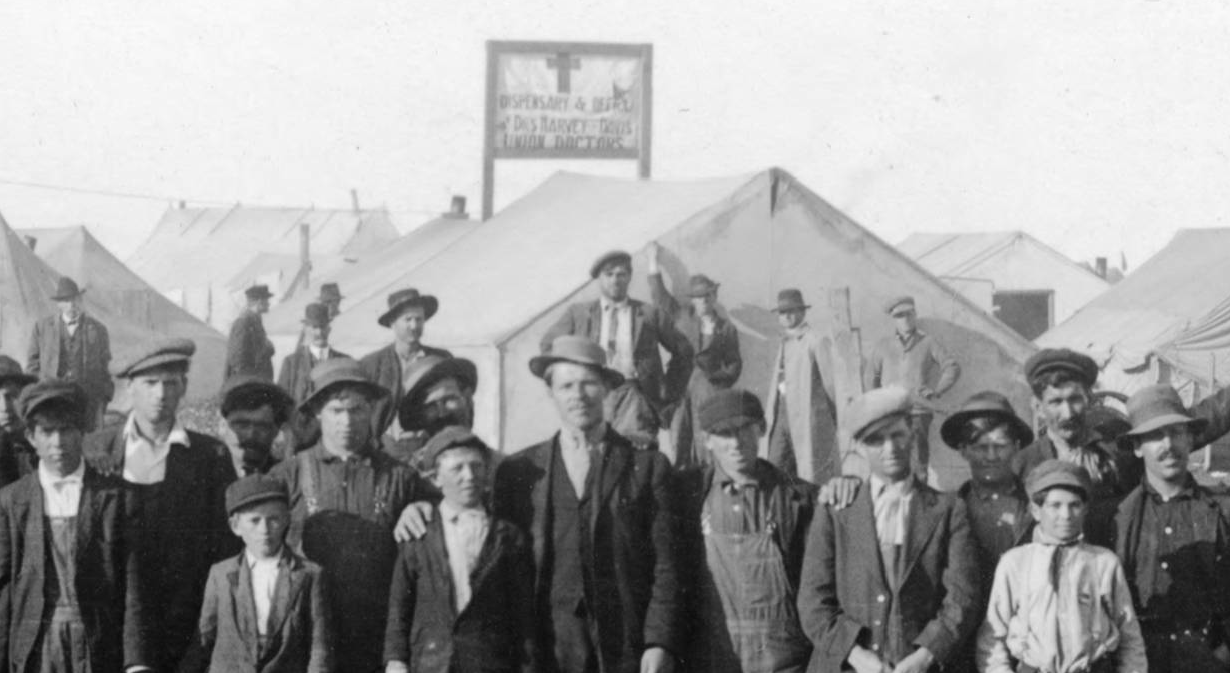 At a deeper level, Ludlow’s history may also have something to teach us about intercultural urban planning and design. We explored several key questions in our research, including one about how the citizens of Ludlow used space, place, and the built environment as tactical resources in the conflict between Labor and Capital. Our investigation—which triangulated between historical sources, oral testimonies of descendant family members, and archaeological findings—established that the canvas tents were arranged to maximize security and impede surveillance of the interior by passers-by, especially coal company officials and professional strikebreakers. Camp layout, with its named streets, numbered tents, and prominently placed hospital, paymaster, and community facilities signaled a concern for personal health, family relationships, and civic order. Thus, the striking miners made a concerted effort to present a “civilized” face to the outside world as a way to combat early 20th century stereotypes about immigrants as unclean, ignorant, and naturally violent. We suspect that the colonists didn’t live in ethnically segregated areas of the camp. This is most directly evidenced by the surnames of the 13 individuals trapped in the tent cellar on the day of the attack: Costa, Pedregone, Petrucci, Valdez. The fact that these people died together in very close quarters almost certainly indicates that they lived together in very close quarters. Moreover, it’s almost certain (and this is suggested by archaeological findings) that that the social and economic networks that helped sustain the tent city extended well beyond it, and cut across other divisions of culture and class. 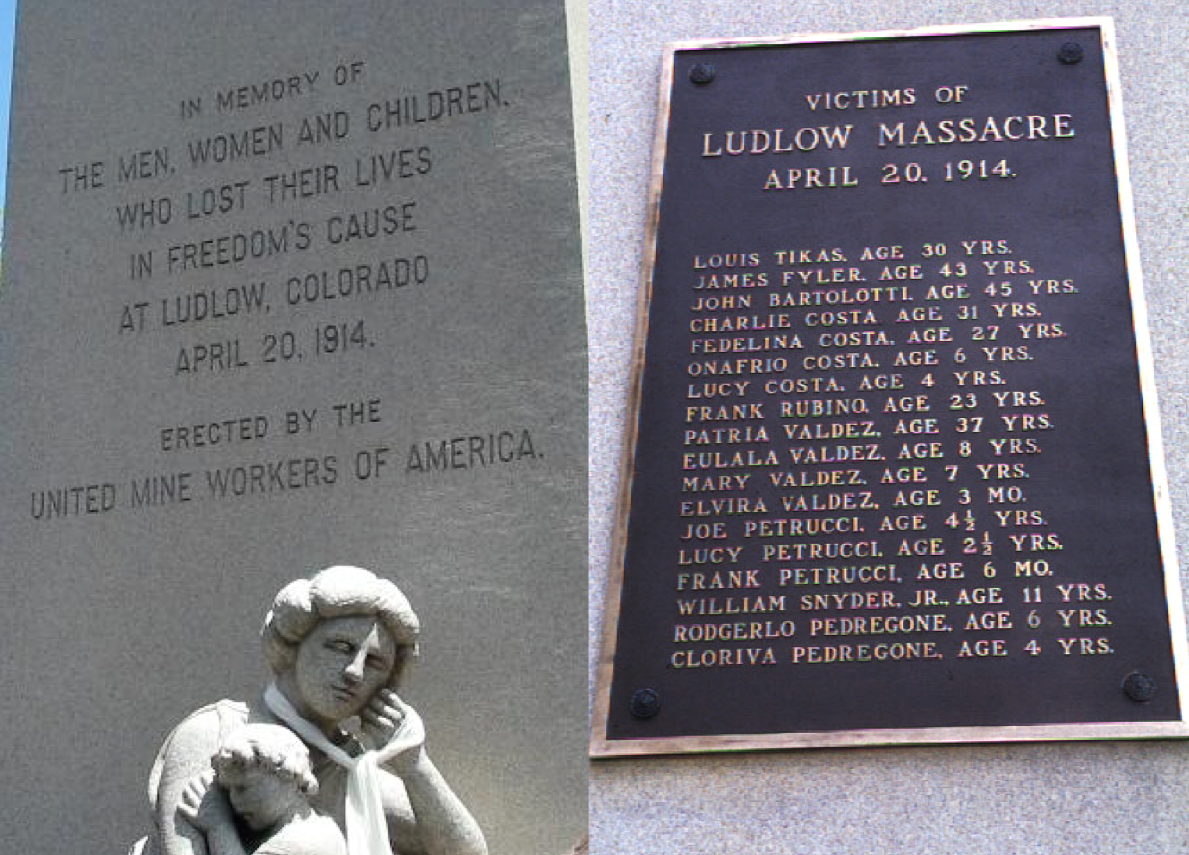 Archaeological work at the Ludlow Tent Colony helped win National Historic Landmark status for the site in 2009, a significant accomplishment. A 2013 Colorado Historic Preservation Award honored our work and the heroic efforts of our partners, the United Mine Workers of America and the National Park Service. Pooling expertise to enhance our understanding of American history is one thing. Producing lessons for contemporary urban planning, however, is quite another. What can excavation of a 100 year-old tent colony located on a 40-acre piece of remote, sunbaked and windswept Colorado prairie possibly teach us?  It’s a challenge for sure, but this is how urban historians have to think if they’re to wring as much contemporary relevance as possible out of their subject matter. Even granting the significant scale differences between Ludlow and, say, Denver, socially integrative principles are socially integrative principles no matter what the settlement scale. How those principles shaped the built environment at a culturally diverse community like Ludlow under very difficult political and economic circumstances is, in my view, a fascinating research question. It’s one that demands a lot more work: only 5 percent of the colony has been systematically investigated by archaeologists. 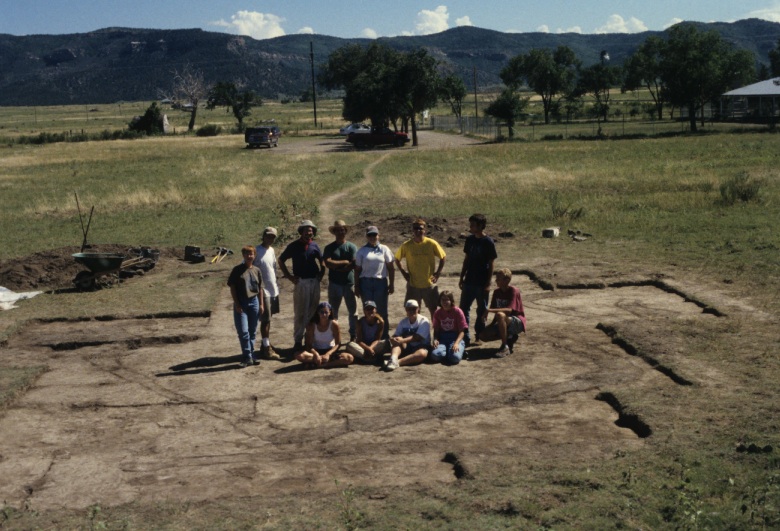 Still, at the very least Ludlow provides a useful foil for discussing several aspects of the contemporary urban condition that are of scholarly and popular interest: spatial segregation of ethnic groups, gentrification, racial profiling, and the cultural values and practices that reproduce these conditions. The Ludlow strikers overcame their social and ethnic differences to maintain a long strike in a makeshift community under conditions of serious economic deprivation, systematic corporate harassment, and uncooperative weather. When Colorado State Senator Helen Ring Robinson visited the colony during the strike she was impressed by the spirit of cooperation and camaraderie she observed among the colonists.  She noted that:

Among the women, particularly, and many of the children…this long winter had brought the nationalities together in a rather remarkable way . . . I saw the true melting pot at Ludlow.

What particular shared values and identities allowed Ludlow’s diverse immigrant groups to come together in that “rather remarkable way”? What sort of “tactical urbanisms”—including the symbolisms and meanings associated with colony organization, the distribution of community amenities, and signage—reinforced these shared values and identities and promoted cross-cultural solidarity? What does Ludlow teach us about the ideologies and materialities required for planning and managing an inclusive, sustainable city in an Urban Age plagued by ethnic unrest and environmental distress? Is there anything here that our modern day politicians—especially mayors and city councilors—could stand to learn? This blog is centrally committed to the idea that an understanding of city building in the past can (and should) inform city building in the present. In this cause, as in every other realm of human endeavor, we are limited only by our individual and collective imagination.

Another version of this essay is posted at Planetizen.