Has Urbanism Lost All Meaning?

On New Year’s Eve 2013 the staff at Atlantic Cities (now City Lab) ran a story about “Urbanist Buzzwords to Rethink in 2014.” These buzzwords included popular favorites such as “placemaking”, “smart growth”, and even “gentrification.” Readers were urged to use some of the concepts much more carefully and reject others altogether. Why? Because they lack meaning or are too “jargony”, “wonky” or—god forbid—“academic.” Halfway through 2014 it doesn’t appear that much of the advice from the vocabulary police and translators of “academic-ese” at City Lab has been heeded. I think that’s a very good thing.

At first glance, this word might seem utilitarian: urban is a perfectly fine word, and -ism, meaning a “distinctive practice, system, or philosophy, typically a political ideology or an artistic movement,” a frequently helpful English language suffix. But this particular combination never fails to makes me cringe when I hear it spoken aloud. Not only does it imply that there exists some universally accepted ideology of the best way to construct, organize, and manage any given urban area, it’s frequently misapplied as a term for the study of urban issues…or the basic interaction of people and things within an urban environment. Deploying this word should be undertaken with extreme caution, and always with the understanding that it almost never carries real meaning.”

In an earlier City Lab piece from 2012 Kaid Benfield anticipated Mathis’s argument by likewise suggesting that the concept of “urbanism” had exhausted its utility. He also opined that the word was stifling creative thought about cities and their planning. Benfield said:

…as a lover of words and language, I am always thinking about their meaning and best use. And I now believe it may be time to send “urbanism” to the same literary retirement as “vibrant.” [e.g., see here]…My first problem with urbanism is that in some circles it has taken on the air of a cult, providing a verbal badge of identification. The word carries an assumption not just that adherents love and promote cities but also subscribe to a growing code of written and unwritten precepts and rules about how our built environment should be organized – starting but not ending with density, gridded streets, mixed uses, priority to pedestrians rather than drivers, and so on…Just as the principles of smart growth have gotten stale, so have the overlapping principles of urbanism. Overly familiar vocabulary can lead to overly familiar thinking.

But perhaps an even bigger problem with “urbanism” is that the word is ridiculously overused…It comes in a bewildering variety of forms—old, new, sustainable, tactical, landscape, pop-up, accidental, adaptive, emergent, Latino, recombinant, magical, integral, green, military, “true,” everyday, postmodern, guerilla, mobile, even an oxymoronic “agrarian” strain, and more [emphasis added]. Various versions of the label are used to justify everything from illegally spray-painting public property to development in places that no sensible person would honestly consider “urban” unless they have drunk gallons of metaphorical Kool-Aid. I could define urbanism in my own way and probably be perfectly comfortable with the result. But communication is about using words in ways that are not just personal but understood in common, and this one has now splattered all over the map, including in ways that I find troubling.”

I appreciate aspects of Mathis’s and Benfield’s arguments. I agree that vocabulary is important and that we need to be precise and vigilant in our use of words. I also agree that inter-subjective agreement about the meaning of words has value given that city building is a collective undertaking. But both Mathis and Benfield push things a little too far. Benfield’s complaint (and perhaps Mathis’s as well) appears to be with a particular strain of urbanism; i.e., New Urbanism.  The word urbanism itself doesn’t imply a single “ideology” or “set of principles” for city building. Indeed, I find the various versions of urbanism that Benfield identifies in the highlighted part of his quote above to be quite meaningful, useful, and even liberating. 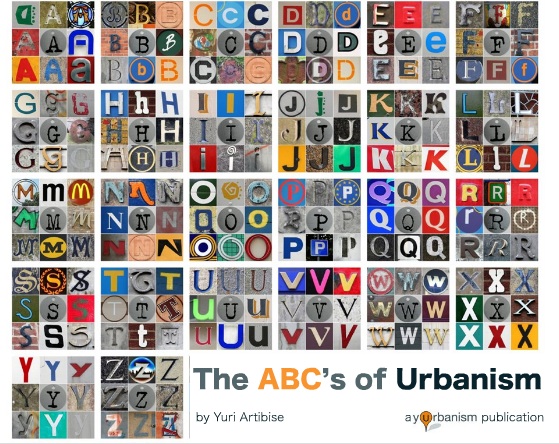 There’s nothing ridiculous about the variety of urbanisms that compete for the hearts and minds of city-lovers today (see Yuri Artibise’s engaging book for one attempt at stock-taking).  They privilege different entry points to understanding the city. They alert us to different causal powers or forces that shape the city.  In so doing they help explain why the city looks the way it does. They implicate different structural barriers to change and improvement. Comparing urbanisms allows one to critically evaluate their underlying epistemologies, theories, practical consequences, and ideologies (plural!). Comparison helps clarify their distinguishing features and emphases, their irreconcilabilities, and the possibilities for synthesis. Comparison identifies contradictions and blind spots in our thinking and inspires new thought about how to resolve the contradictions and fill the blind spots. Particular concepts of urbanism can usefully serve the purpose of pointed social criticism. They can also serve the interests of minority urban cultures. Jarrett Walker at the Human Transit blog suggests that “dominant cultures routinely co-opt and corrupt the words that the minority needs to think about itself and its situation.” We’re currently seeing this, I think, with the term gentrification. And as David Diaz explores in his book Barrio Urbanism, today’s New Urbanism very much co-opts the values and language of a much older, more widespread, and vastly underappreciated urbanism. Such alternative urbanisms—and the critiques of conventional “ways of doing” that inform them—are more important now than ever before.

The concept of urbanism is also essential to our vocabulary if it’s understood as a process rather than a product. If we’re looking for words to jettison, then urban planning—a word that neither Benfield nor Mathis nor other City Lab staffers recognize as problematic—might be the better choice.  I’m struck by the distinction between urban planning and urbanism that’s made by Barcelona architect Itziar Gonzàlez. Jeb Brugmann describes Gonzàlez’s distinction in the chapter on Barcelona’s Gràcia District in his book Welcome to the Urban Revolution: How Cities are Changing the World. For Gonzàlez, urban planning:

…starts from the premise that “we want to reach this goal.” Urbanism, in contrast, asks “how do we reach this goal?” [Gonzàlez] draws a picture of a boat on a large sheet of paper. Then she shows the boat being buffeted by strong winds, just like the pressures a city faces during its redevelopment, which threaten to push its vision off course. “To reduce the pressure of the winds on the boat,” she argues, the planner makes the boat bigger and bigger. In other words, the project becomes less responsive to local values and priorities. It increasingly focuses on the needs of the boat. In contrast, she explains as she continues her paper illustration, ”urbanism is adding and developing solutions for all the different interests.” She draws each interest as a little boat. “Urbanism is getting lots of little boats moving in a similar direction.”

At the time of Brugmann’s writing Ms. Gonzàlez complained that urban planning was still substituting for urbanism in Barcelona. It likely continues to substitute in many other cities worldwide. The challenge to urbanists working for positive change in the city is to get an accurate assessment of “little boats”—or, the interests of community stakeholders—and their implications for designing the built environment. Interestingly, “stakeholders” and “built environment” are two other buzzwords identified by City Lab staffers as needing rethinking or replacement. The cynicism of their arguments is palpable, and their critiques unpersuasive. That’s why I like the work of folks who champion urbanisms that put cultural diversity and difference first in our re-imagining of the built city. They focus on identifying and working with different interests instead of assuming they don’t exist, ignoring them, caricaturing them, or declaring that they don’t matter because they’re outnumbered by a dominant majority interest. We need to understand, accommodate, balance, and integrate majority and minority interests if we’re going to build better, more livable, and more sustainable neighborhoods and cities. I think we already have some pretty good concepts for achieving that goal, and these include the many variants of “urbanism” that currently surround us.

It’s in that more charitable spirit that I’ll give the last word of this essay to the final commenter on City Lab’s New Year’s Eve story, John Anderson. Mr. Anderson provides a thoughtful, optimistic, and convincing position on language use that simultaneously legitimizes an “academic” perspective on the urban issues that currently bedevil us:

I can understand why folks who wordsmith for a living would want to overhaul the lexicon every year. Over exposure to some terms probably causes irritation—a buzzword rash perhaps. The discussions of the built environment that take place at the level of the neighborhood, the corridor, the municipality, or the region are already dumbed down significantly for lack of a common technical vocabulary. [City Lab] does a good job of writing about these issues with a little more depth than say, USA Today, but there is plenty of room to do more with the words that are available.”