My title identifies three powerful themes in contemporary urban thought that were highlighted at last fall’s biennial conference of the Society for American City and Regional Planning History held in Toronto, October 4-6, 2013. What follows is a lightly revised report on the conference that was just published in the International Journal of E-Planning Research. A pdf of the original IJEPR report is also available free of charge here.

The Society for American City and Regional Planning History (SACRPH) held its biennial conference in Toronto on October 4-6, 2013. I was invited by incoming SACRPH President Joseph Heathcott to chair a session on “scholarship blogging” and thereby contribute an anthropological perspective on urban planning history. Below is a review of the conference based on sessions I attended over the course of three days. These sessions spoke to my particular anthropological interest in the relationship between urban planning and cultural diversity.

The conference began with an opening address by the outgoing president of the Society, Lawrence Vale, entitled “Twice-Cleared Communities: The North American Struggle For (and Against) Public Housing.” Vale discussed two prominent examples of public housing projects that were built in the mid 20th century, and then demolished 50 years later once the projects came to be regarded as “slums.” One was the Techwood/Clark Howell Homes in Atlanta, and the other was Cabrini-Green in Chicago. “Twice clearing”, however, is a widespread phenomenon. Sean Purdy of the Universidade of São Paulo discussed Vale’s presentation with respect to Regent Park in Toronto, the host city’s best example of a twice-cleared community. The provision of adequate public housing remains a planning challenge across North America. People still want access to public housing despite its checkered history and the associated social stigma. Boston and Buffalo were identified as cities that are doing better than most in providing affordable housing without displacing residents. 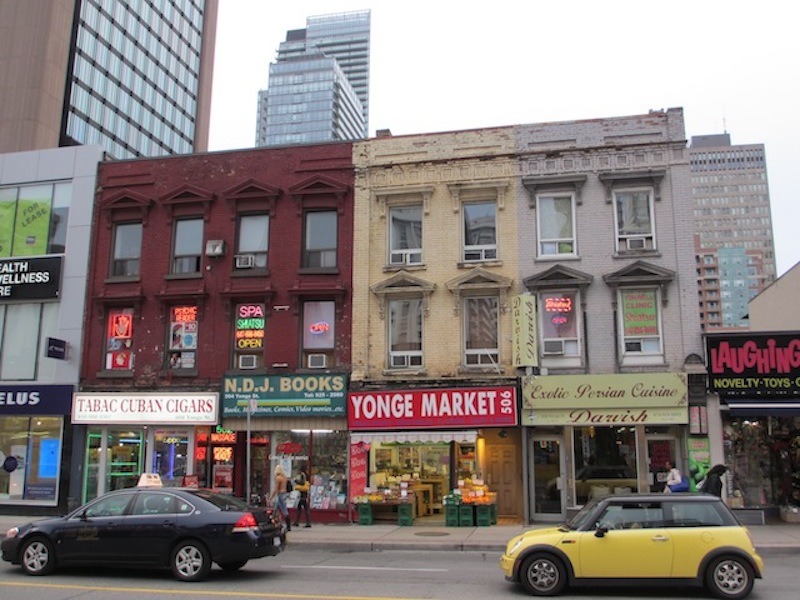 The conference’s plenary session considered the question of “Toronto: An American City?” Four participants addressed the distinctive elements of Toronto’s urban landscape, the immigrant impact on neighborhoods, how those neighborhoods have come to reflect growing social inequality, and the challenges of urban sprawl. Over the course of its history Toronto has exhibited less formal planning than most American cities. Historically this “light zoning” had a number of virtues. It allowed new immigrants to form welcoming enclaves in the city center while keeping consumer markets close at hand. It also kept housing affordable and minimized spatial inequalities of income. However, things have been changing in the post-World War II period, in keeping with broader American trends. Slab apartment towers—identified as a quintessentially Canadian form of suburban housing—came to dominate the metropolitan landscape. In the 1970s suburbs began to replace the city center as the primary reception area for immigrants. Despite efforts in the 1970s and 1980s to maintain mixed housing in the center the “ethno-spatial” divide has been increasing, with black citizens especially segregated. Since 2006 New Urbanism has become the dominant approach for regenerating suburban communities, given that high-rise suburbs are not conducive to immigrant business building. All of these trends are paralleled in the United States. Thus, Toronto is, and isn’t, an American city. The plenary session was extraordinarily helpful in contextualizing a city that is often celebrated as one of the world’s most progressive and multicultural. 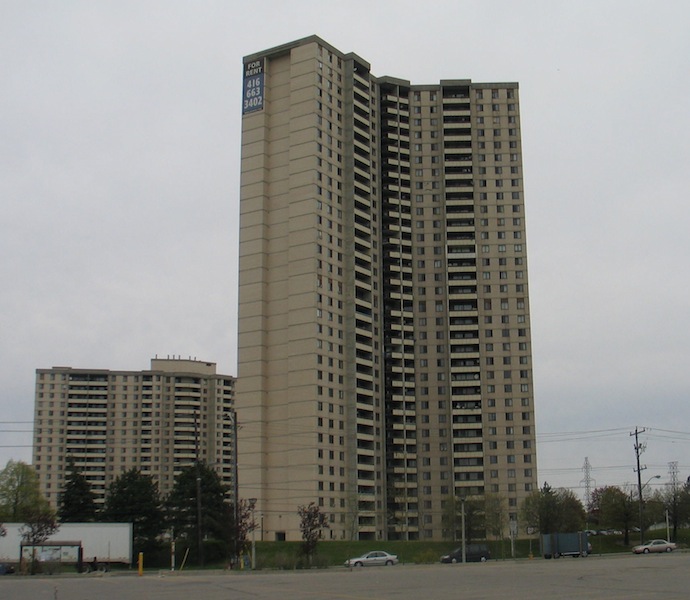 A session on “Multicultural Landscapes and Planning in Toronto Since 1970” zeroed in on issues of planning and ethnic diversity, especially in the suburbs. Toronto’s suburbs are not only growing and diversifying faster than the city center, but the immigrants themselves are different. They are coming from a much greater array of countries and they are highly skilled. Mohammad Qadeer reprised his important argument that planning for cultural diversity is not a distinct genre of planning. Instead, multicultural placemaking is best evidenced in the routine practices of planners, specifically where they make “reasonable accommodation” for ethnic differences (e.g., in the siting of religious houses, in the provision of different types of housing, and in street names and signage). Qadeer noted that the common critique of urban planning as technocratic and value-neutral is shopworn. One can find examples of multicultural planning if one looks for reasonable accommodation. Thus, progress is being made. 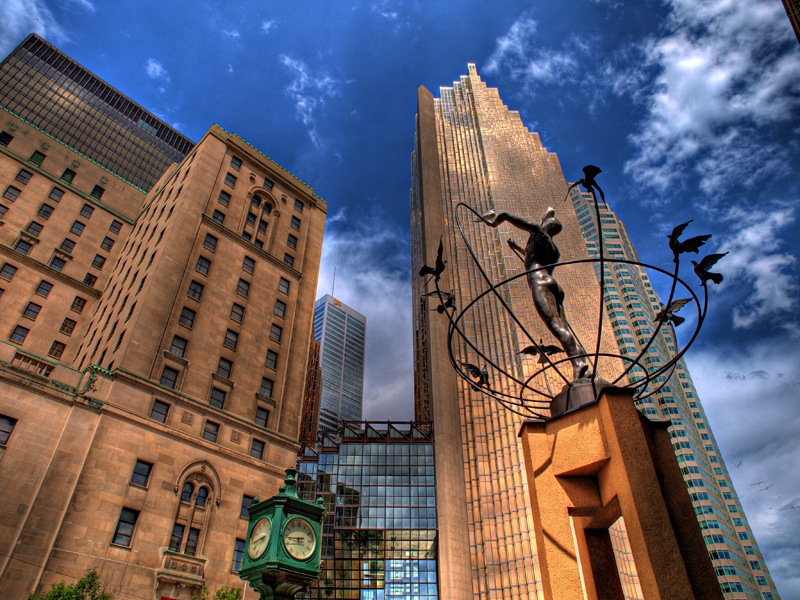 A particular highlight of the conference was an all-day Roundtable on “The Physical City: Social Change and Urban Space.” The morning session considered “Historical Narratives” while the afternoon considered “Learning from the Recent Past.” A clear unifying thread was Henri Lefebvre’s “Right to the City”, including the degree to which it is exercised in the suburbs. Presenters sought to turn conventional wisdom on its head. Suburbs were identified as potentially emancipatory spaces, while public spaces in city centers can be disciplinary and authoritarian. Multiple examples showed how citizen activism and protest can break out anywhere, at multiple spatial sites. The Right to the City can be asserted from the top-down as well as the bottom-up. A participant asked if there is a set of “best practices” for exercising the Right to the City. Answer: we might generate one by finding commonalities in the histories of how different groups have experienced urban and suburban space.

A session on “Everyday Urbanism: Seeing and Making the City” also channeled Henri Lefebvre, and the concept of “lived experience.” Margaret Crawford, with whom Everyday Urbanism is associated, spoke about American garage sales. These weekend events turn the front yard of the suburban house into an inclusive, public space. In so doing they become “heterotopia”: spaces with multiple functions and meanings. Garage sales help reproduce an alternative, bargaining economy. They serve the cause of sustainability by recycling goods across households. They undermine zoning laws by transforming the private recesses of houses into commercial public spaces. In short, garage sales have “transformative potential” to make suburbs different, more social places. Another paper analyzing the front yard garden as a public “commons” communicated the same message. Listening to both papers I found myself thinking about how Latinos and Latinas in American cities have, for quite some time, been transforming yards and streets into social spaces (the equivalent of Latin American “plazas”) where economic and other transactions can take place. Are Everyday Urbanists simply re-discovering a “Barrio Urbanism” that has existed in other cultures for centuries? Minimally, the Everyday Urbanism session nicely illustrated the need to incorporate lessons learned from the lived experience of ordinary spaces into our planning discourse. 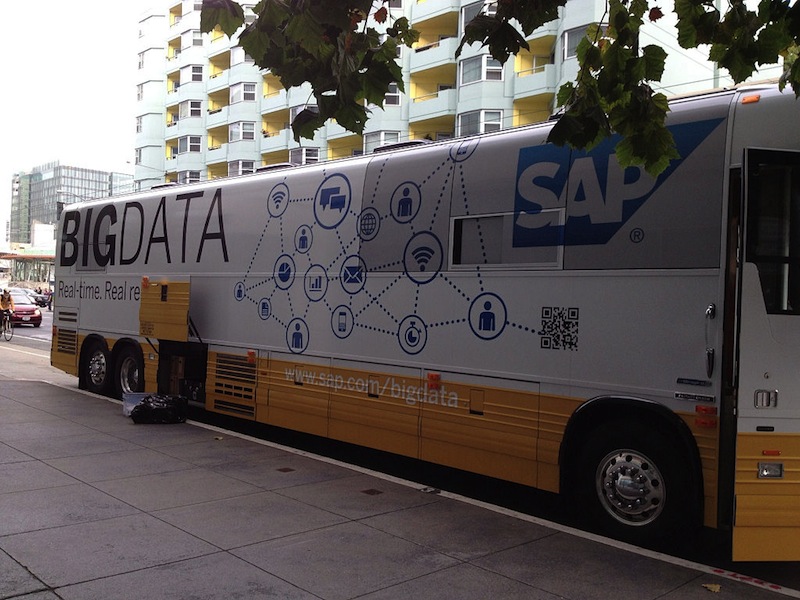 One of the more compelling discussion topics that percolated throughout the conference was the relative merits of “Big Data Generalizations” vs. “Particular Narratives of Place” as ways to understand the life of a city.   Aggregated Big Data (e.g., individual transactions gathered from smart phones, credit card purchases, and other sources of information) invite all sorts of interesting studies of consumer choice and human behavior as they relate to urban planning. Still, the crowd’s sympathies seemed to lie with place-based narratives. Many participants championed the importance, for planning purposes, of accounts that detail city life in all of its sensory glory: the sights, the sounds, the smells, the feels, the chance encounters, the brushes with human difference. This theme was also picked up in a session on “Teaching the Built Environment Outside of the Professional Box.” Participants explored innovative classroom strategies for teaching urban planning and design. The most compelling of these pedagogies directed students to gain a sensory experience of cities via fieldwork. For example, Dan Campo’s assignment at Morgan State University asks students to walk between two places in Baltimore and then tell a story about that experience that references particular sights and sounds. Margaret Crawford’s assignment at Cal-Berkeley assigns students the task of experiencing the city by playing five different roles: as tourist, flâneur, detective, somnambulist, and bricoleur. These calls for incorporating participant observation and other ethnographic methods into planning education would warm any anthropologist’s heart.

The Roundtable on “The Physical City” noted the important role that online blogs played in sharing information, building community, and promoting the Right to the City during New York’s Occupy Wall Street insurgency. The session I chaired on “Scholarship Blogging: What? Why?” considered how blogs can accomplish many other goals. It brought together scholars from history, sociology, and urban planning.   Participants demonstrated the utility of blogs for archiving original research material, disseminating scholarly research to the public, creating and nurturing an online scholarly identity, and achieving other outcomes. The session succeeded in sponsoring a fruitful discussion of academic blogging—its possibilities and, for younger scholars, its potential pitfalls—across academic disciplines. A journal article co-authored by session participants is currently in preparation.

This was my first SACRPH conference. I was impressed by the interdisciplinary quality of the presentations and discussions. It was useful to have the ideas of Big Names like Jane Jacobs, Henri Lefebvre, David Harvey, Marshall Berman and others both re-interpreted and problematized. The various efforts to demystify suburbs were provocative. An anthropological sensibility was clearly in evidence. In addition to championing anthropological methods, panelists noted the role of culture in shaping the questions we ask about cities and anthropology’s utility in drawing larger meaning from individual narratives about city life. There was a clear concern to unify planning theory and practice, and to engage the public in participatory planning and design. Many presentations were concerned with how to incorporate the humanities into planning education while remaining mindful of professionalization and accreditation constraints. All of this was intoxicating. I’m hooked, and I look forward to attending the next SACRPH conference in two years time.

This essay was reposted to Sustainable Cities Collective and the World Architecture Community.