Race and Equity in Urban Nature

My title is that of a session at the recent Rocky Mountain Land Use Institute’s (RMLUI) annual conference, in which I was privileged to participate. The session was among those in a featured conference track on “Conservation in Metropolitan Regions.”  Other sessions in the track featured topics like “Framing an Urban Agenda for Nature”, “New Frontiers of Land Conservation”, and “Coalitions to Advance Urban Nature.”  An opening conference address by former Secretary of the Interior and Colorado US Senator Ken Salazar set the stage for the conference and for discussions within the various sessions.  Among his many good points Secretary Salazar emphasized the need to “put ideologies and jurisdictions aside” in creating an agenda for urban conservation that can be implemented in the United States and perhaps serve as a model for other countries.

Participants in the Race and Equity session (myself excluded) were a group of charismatic, minority-culture conservation leaders.   Belinda Faustinos, Principal of BVF Consulting in Los Angeles spoke to the “nature deficit disorder” in minority communities. The relatively few parks and open spaces in these communities contribute to serious human health issues like childhood obesity. Belinda identified some successful, sustainable models for creating equity in access to urban nature, such as the San Gabriel Mountains Forever Coalition.  Roberto Moreno, Executive Director of the Alpine Mountain Sports Foundation, spoke about the overnight mountain experiences provided by his “Camp Moreno”, a collaboration with the National Park Service that introduces kids from minority cultures to public lands. An overriding aim of the initiative is to show inner city kids that public lands are welcoming, rather than dangerous, places.  Jo-Elle Mogerman, Vice President of the Chicago Zoological Society, spoke to the successes that she and her colleagues are having in increasing minority group visitations to the Chicago Zoo via more inclusive planning and marketing strategies.

The annual RMLUI Conference is always a well-organized, informative, and inspirational meeting.  I was invited to participate in the Race and Equity session because of my involvement here at the University of Denver with our Interdisciplinary Research Incubator for the Study of (In)equality (IRISE), in particular an initiative to study race and class-based inequality in access to open space along Colorado’s Front Range.  My contribution to the session was predicated on the notion that even where access to parks and open space is relatively equal, and conditions relatively safe, these places can still be unwelcoming to minority groups depending on how they are designed.  There is a significant literature suggesting that members of minority groups experience parks and open spaces in different ways in keeping with different cultural values and needs. My favorite texts include books by Setha Low and Julian Agyeman, and some useful studies of particular parks like Chicago’s Lincoln Park (e.g., see here).  The risks of cultural stereotyping notwithstanding, this work identifies different preferences among ethnic groups with respect to park attributes (e.g., water, trees, scenic vistas, etc.), developed vs. undeveloped (“wild”) space, and patterns of use (as individuals vs. in larger groups, for recreation vs. relaxation, with vs. without food, etc.). 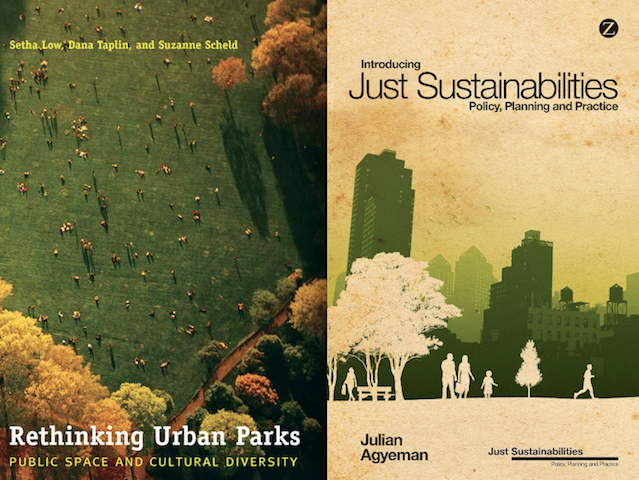 Minimally, what emerges from this work are some important questions for planners and designers concerned about the cultural inclusivity of urban parks and open spaces.  Given a diverse user population, is there spatial sufficiency for different kinds of activities?  Is there sufficient differentiated or bounded space for accommodating cultural groups having, say, proscriptions against genders or ages mixing in outdoor settings?  Are there culturally appropriate facilities and amenities, especially around food?  Is there sufficient parking for minority groups who must rely on automobile transportation to get to a desirable park?  Encouraging car use in an agenda for sustainable urban living is problematic, but it could be the price we have to pay for parks that are truly culturally inclusive.

Minority groups can read other visual cues of inclusivity and exclusivity in a park’s landscape. Is minority group history appropriately recognized with monuments and other historical markers?   Less than 3% of all US National Landmarks are designated for women, Latinos, African Americans, or other members of minority groups.  That’s a pretty significant historical sites deficit.  Do place names and signage reflect, where appropriate, multicultural histories?  Even the quality of park vegetation is fraught with cultural meaning and significance.  Julian Agyeman notes how replacement of non-native short rye grass with native long grass wildflower meadows in a Bristol, England park discouraged use by Asian and African-Caribbean people because it provoked what Agyeman describes as a “residual fear of snakes in long grass.”  Thus, hewing too closely to a sustainability agenda that prioritizes native vegetation over “alien imports” can work against cultural inclusion. 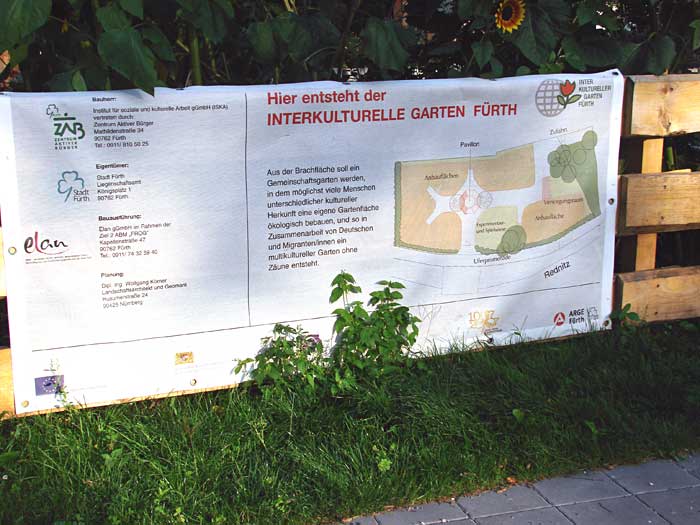 Intercultural Garden near the River Rednitz, Germany (click on image for credit)

Where can we turn for design models and practices that promote minority group interactions with nature? One source is the Intercultural Garden movement, which is geared toward better integrating immigrants and political refugees into European cities (for a detailed overview and analysis, see here).  Initiatives within the European Intercultural Cities Network provide other models and practices, such as installing specific plants and landscapes that resonate with members of particular cultural groups, zoning park space to meet the needs of particular groups (which can include hardscape surfaces without water features and greenery), and networking green spaces with infrastructure and amenities that connect different ethnic communities. Some urbanists (e.g., here) are now examining what appears to be a pan-human need for nature as shaped by evolved psychological predispositions (see also here), presumably in the interest of making urban parks better for everyone.  To the extent that Africa, and not Europe, is the continent where humankind’s psychological love and fear of nature first evolved, I often wonder what Africa can teach us about good intercultural placemaking and landscape design. Is there anything embedded in the planning and design of African cities and other built landscapes of both present and past that’s transferable to other contexts?

Insensitivity to cultural difference in mainstream design and planning practice is perhaps the second biggest threat to public space after neoliberal privatization.  Changing urban demography will almost certainly force us to better accommodate cultural difference.  In the RMLUI Conference’s conservation track session on “Framing an Agenda for Urban Nature” Bob Ratcliffe of the National Park Service rightly noted that the United States will very soon be a “majority minority” nation.  We will have to think about what this means for the land conservation movement, including practices for locating and designing open spaces.  Even the coveted Millennial generation that’s migrating to cities is more ethnically diverse than all previous generations.  If planning and design are not sensitive to cultural difference then we will not only exclude large numbers of people from public space but also limit opportunities for intercultural interaction and, by extension, the creativity and innovation that such interactions can foster. 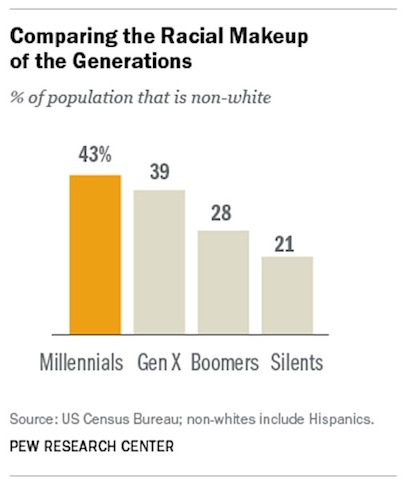 Three suggestions for planning intercultural urban nature follow from the above:

Culturally inclusive planning for urban nature would also likely benefit from more diverse leadership in metropolitan planning departments.  The RMLUI Conference’s Plenary Lunch Panel discussion on “Planning the Future of the Rocky Mountain West” was striking for the lack of gender and ethnic diversity of participants, all of whom were leaders of planning departments in major cities between Fort Collins and Colorado Springs.  Given the homogeneity of this color palette it’s only reasonable to wonder how sensitive metro planning departments are likely to be to issues around cultural inclusivity in access to urban nature.

Finally, Bill Fulton, president of The Civic Canopy, suggested in the RMLUI Conference’s conservation track session on “Collective Impact: A Model for Collaborative Problem Solving” that it might be time to shift the premise for social action in conservation from an individual rights paradigm to a community rights paradigm.  An individual rights paradigm nicely served national independence movements in the late 18th century. But it has perhaps exhausted its utility in the current context where sustainability of the larger whole is in serious question.  Julian Agyeman nicely describes how the “transcendental” ecological sensibility received from that earlier era turns on problematic distinctions or binaries between humans and nature, native and alien, individual and society, “us” and “other”, etc.  Alternatively, an intercultural ecological sensibility that rejects prevailing binaries will better serve cultural difference in urban nature planning for an increasingly cosmopolitan 21st century world.