Spare The Bear, For Sustainability’s Sake

One of the joys of teaching and researching urban issues in London—at least for some of us—is experiencing pub culture and partaking of its liquid assets.  Thus it was with great concern that I read an article in yesterday’s New York Times detailing the threat to pub culture posed by shifting cultural tastes, escalating real estate prices, and predatory takeovers of “locals” (as England’s distinctive neighborhood pubs are known to regular patrons) by large independent companies.  One out of every 5 locals in Britain have disappeared over the last 20 years.  They’ve been turned into private residences, markets, and other uses.  The pub is an iconic, tradition-soaked setting for much that is good in British social life, especially in very small communities.  Brandon Lewis, Parliament’s Community Pubs Minister, is quoted by the Times as saying that pubs serve as “the focal point for fund-raising for the community, for the local football club, for the dance class, for the moms’ coffee morning.”  Thus, their increasing extinction rate doesn’t bode well for community sociability and possibly other cultural institutions. One might even identify the disappearance of locals as a serious challenge to community sustainability.

The Times story profiled one pub at risk, The Old White Bear in Hampstead, a village that’s part of the north London borough of Camden.  The Bear has occupied its spot on Well Road for 300 years.  It was recently bought by a group of developers and closed its doors on February 2.  My wife Martha and I know it well, because Hampstead was our base of operations for two terms teaching study abroad in London (in 2004 and 2008), and a research trip last year to study post-Olympics regeneration in the capital and intercultural urbanism in Leicester.  I’m sure that there are stories to be told, as one Times reader did, about the “less salubrious impacts of pubs on local communities.” However, some of our fondest memories of England are of enjoying a pint (or two) in the wonderfully rustic and atmospheric Bear while waiting to pick up our young son Joe from Heathside Preparatory School (visible right above the rim of Martha’s glass in the picture below) just up the New End road. 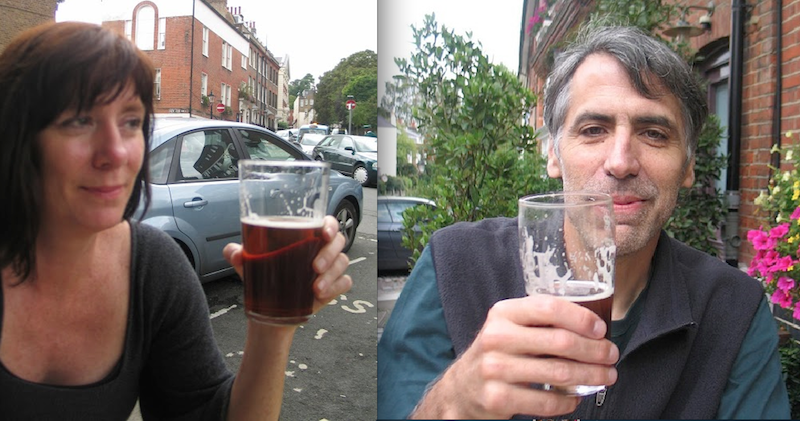 A Toast to The Bear, from The Bear (D. Saitta, M. Rooney)

Fortunately English law, through the Localism Act of 2011, allows citizens to petition to have a pub designated as an “asset of community value.”  Two thousand petition signatories have allowed The Old White Bear to be so designated, and the Camden Council has so far refused permission to turn the building into a private residence.  The developers have vowed to fight, and The Bear’s future is uncertain.  On this side of the pond we’re hoping for the best, and we toast one closing night patron’s ode to a venerable community asset:

Let’s believe in this White Bear of old;

Raise a glass and say,

We close tonight, to return another day.”