Imagining a Signature Building at 9th and Colorado 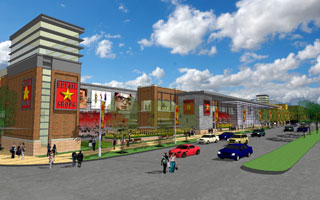 The centerpiece of the third presentation was a slide show of conceptual renderings of the project’s restaurant, retail, and parking aspects between 8th and 9th  avenues and between Colorado Boulevard and Bellaire Street.   The emphasis was on showing general site mass and connectivity, not particular details.  The substance was consistent with previous presentations and gave a pretty good feel for what the development will look like when finished.  The emphasis is on building to human scale: incorporating streets that seamlessly connect to adjacent neighborhoods and building setbacks that enhance the pedestrian experience, providing as much open space as possible for what’s a relatively small infill site, and creating restaurant patio spaces that reflect each establishment’s distinctive identity.  The presenters didn’t deal with the residential aspect of the development that will extend east of Bellaire Street, nor was much said about the planned mixed use (office and retail space) of the 1920s Nurses Dorm.

The developer and architect are clearly listening to and accommodating neighborhood concerns within the constraints set by the existing General Development Plan.  It’s still too soon for much to be revealed in terms of site architecture.  The conceptual renderings were in generic neo-modern style, meaning lots of rectangular, flat-topped buildings with differentiated facades. The renderings do suggest an interest in using a variety of masonry styles that would be in keeping with the character of the demolished Health Sciences Center buildings.

I mentioned in my introductory post that the developer is starting with a relatively empty canvas that preserves only the historic Nurses Dorm.  Living as I do in a neighborhood that’s just a stone’s throw away it’s hard not to fantasize about the kind of architecture that might draw visitors to what everyone agrees is a relatively unremarkable stretch of boulevard. One draw would be a distinctive signature building–a bona fide conversation piece–having site-historical resonance. Perhaps something explicity designed to complement the Nurses Dorm without being too deferential.  Something whimsical that acknowledges the old and contributes to what Jane Jacobs described back in 1958 (before she got really famous) as a city’s “quality of continuity.”

One form such an architectural statement might take would be an exposed skeleton building akin to the Centre Georges Pompidou in Paris.  Here, the building’s mechanical and “circulatory” systems are visible on the outside in full color-coded glory.  Something 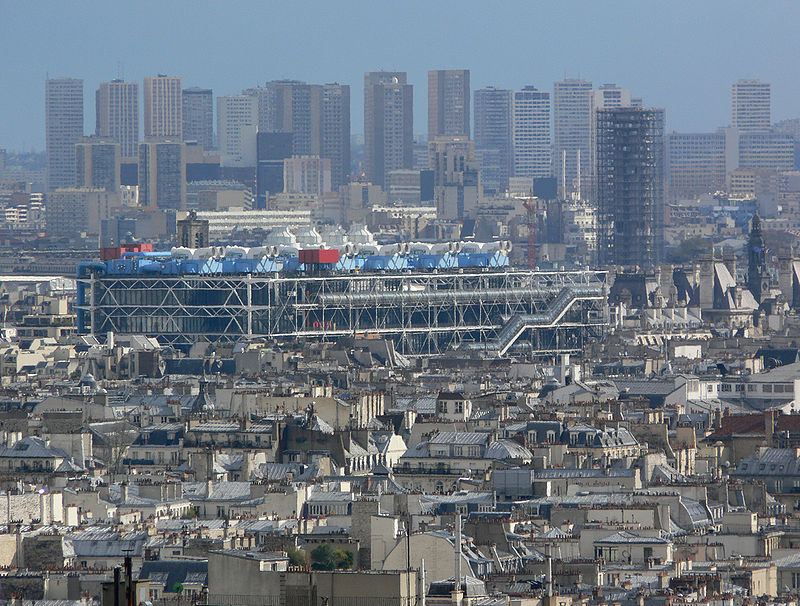 similar at 9th and Colorado would not only honor the site’s long medical history but also reference “city-as-body” or “heart of the city” metaphors that have longstanding currency in the history of urban planning and design.  Such an architectural form might be especially appealing to a large format natural foods grocer (like Whole Foods) dedicated to the proposition that healthy eating makes healthy bodies and healthy communities.  Alternatively, an exposed skeleton would make an appropriate wrap for a cultural facilities complex (theatre, library, museum, or some combination thereof) that’s dedicated to the circulation of people and ideas.

In Part 1 I also noted that the site sits at the boundary of several different, somewhat diverse Denver neighborhoods.  Whether this kind of architecture would contribute to better community-knitting in the area is an open question. That’s a tough nut for any piece of architecture to crack.  However, we might note the success of David Adjaye’s Idea Store in Whitechapel, East London—a building that, interestingly, has been likened to the Centre Pompidou in its social effect—in accomplishing such a goal.  Of course, many other 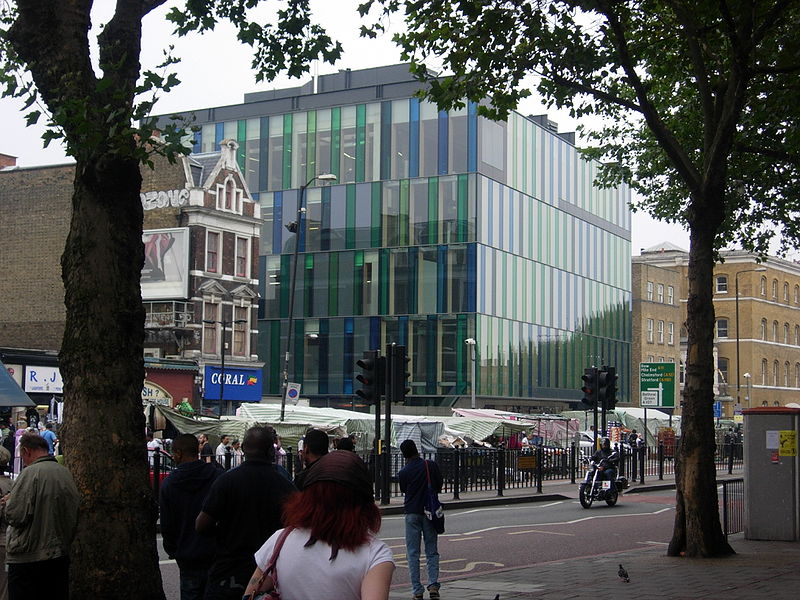 planning, design, and cost variables determine the feasibility of building these sorts of structures.  But one can dream…

The next meeting of the CBHD board is August 18. The development team has been asked to present concepts for the residential piece east of Bellaire Street and the small area north of 9th avenue. Based on what’s happened so far things certainly seem to be on the right track.