One of the more interesting urban infill projects taking shape in Denver is the redevelopment of the old University of Colorado Health Sciences Center campus at 9th Avenue and Colorado Boulevard.  The best reporting on this project and its history can be found at the Life on Capitol Hill website.   Planning began in 2004 with the original purchase of the site by Shea Properties.  In February 2011 Shea pulled out of the project, and in April the site was put under contract for purchase  by The Sembler Company of St. Petersburg, Florida. 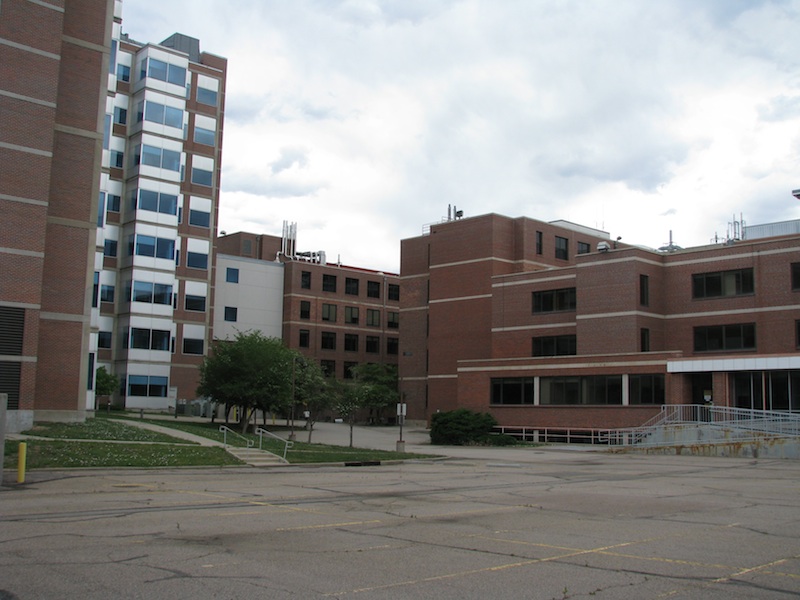 Sembler seeks to create, as did Shea, a pedestrian-friendly, mixed-use development having a “town center” feel.   The site is only 28 acres, however, which is relatively small by town center standards (about ¼ the typical size).  It thus presents unique development challenges.  At a public meeting of the Colorado Boulevard Healthcare District (CBHD) advisory board on June 14, 2011 Sembler’s Atlanta-based president Jeff Fuqua discussed a bit of what his company has in mind.  The site is currently envisioned as having about half the density as originally proposed by Shea, with little to no office space. The retail-residential split would be about 50-50.  A “restaurant row” is envisioned for the 8th Avenue edge, one that’s populated by distinctive, local establishments.  Sembler is planning to include—in response to community input—a natural foods grocery store, perhaps in “large format” form (which is one of the Company’s specialities).   Residential space would lean to multi-family rentals.  A few streets truncated by the original medical center buildings would be re-connected to the existing street grid.  One building of historical significance (a 1920s nurses dormitory that’s possibly suited for office space) would be preserved along with its adjacent grassy  quadrangle. Parking would not be visible from anywhere along the periphery of the developed site.  Sembler hopes to close on the property at the end of 2011, begin construction in May 2012, and open early in 2014. 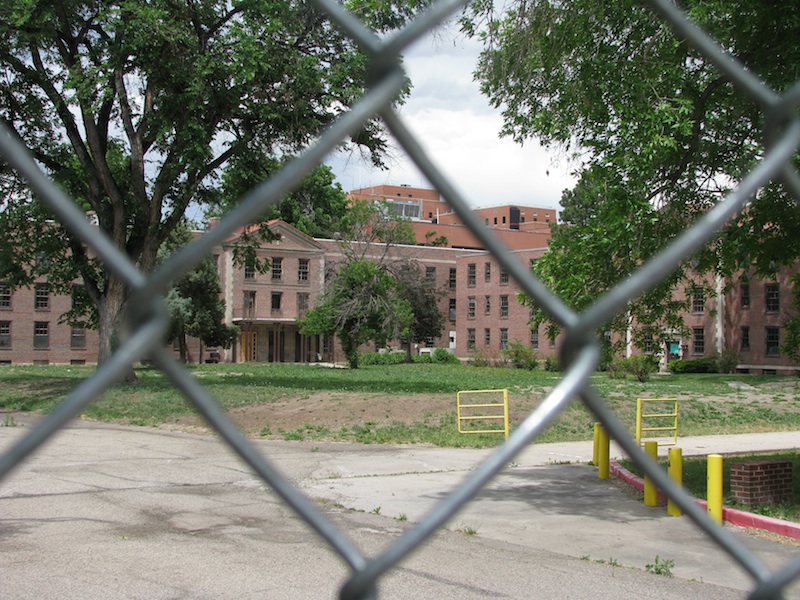 Mr. Fuqua’s report seemed to resonate with the assembled citizens.   They like the company’s expressed preference for local as opposed to national retailers.  Their concerns about the provision of green space and bikeways, and how traffic and noise will be mediated during construction were briefly but successfully addressed…at least for the moment!   Mr. Fuqua (himself a Colorado native, raised in Lakewood) clearly appreciates that this is a unique site located along a stretch of boulevard that doesn’t have much interesting going on to either the north or south.  And whereas Shea originally planned to keep 6 campus buildings besides the nurses dormitory Sembler will keep only the dorm. With this largely open canvas there’s excellent potential to create a distinctive site plan and architecture using “city-as-body” or “heart of the city” metaphors that would honor the site’s medical history, attract residents and consumers and—to the extent that the site sits at the boundary of several different, somewhat diverse Denver neighborhoods—help stitch together surrounding communities.  Thus, there’s much to look forward to as development proceeds, beginning with the more detailed site plan that Sembler Company officials intend to provide at the next CBHD board meeting on July 14, 2011.