I’m not certain that Walmart has committed any, but that’s the impression conveyed by two headlines in the online Atlantic Cities last week.  Walmart and the Climate of Hatred discusses an academic paper establishing an association between Walmart store locations and the presence of hate groups as identified by the Southern Poverty Law Center.  Upon reading the post, however, one discovers that its author, Arthur Goldwag, cautions about making any inferential leaps from correlation to causation:

Recognizing the association between Walmarts and hate groups…tells us a lot more about the attributes of the kinds of places that are likely to incubate both hate groups and Walmarts—income inequality, rising crime, growing immigrant populations, economic anxiety (kind of a snapshot of present day America, come to think of it)—than it does about Walmarts. 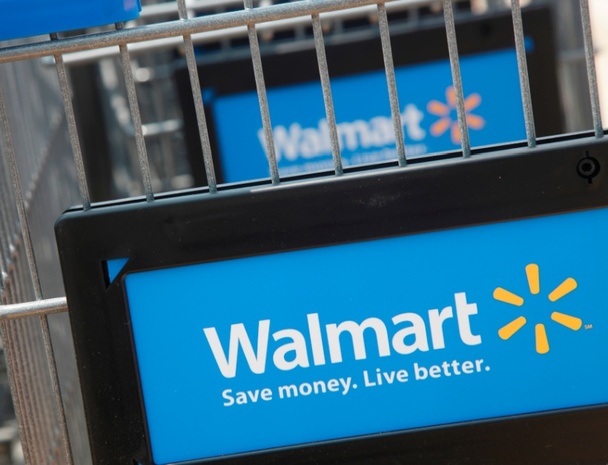 The academic paper, as summarized earlier here, also points out that the correlation between hate groups and Walmarts holds for all big box stores, including Targets.

The second headline is Radiating Death: How Walmart Displaces Nearby Small Businesses.  This post discusses another academic paper establishing that the closer a small business was to a Walmart that opened in 2006 on Chicago’s west side, the more likely it was to close.  But again, upon closer reading one discovers that its author, Nate Berg, discusses not only this finding but also counter-findings.  A co-author of the scholarly paper, Joe Persky,  says that the number of jobs gained by a Walmart moving into the neighborhood are only enough to replace those lost by the small businesses that closed.  In other words,  Walmart’s effect was, at worse, “a wash” in terms of the overall number of jobs.  On the other hand, an independent study by Mari Gallagher says that if you account for the number of new businesses that moved in to replace those that closed the number of jobs in the area increased by over 400 (although other critical variables like kinds of jobs, wages, benefits, etc. were not addressed).  Thus, the best that Persky can say about his study is that it :

…offers proof that Walmart openings can be bad for small business, especially those located close to the new stores. And while…the results shouldn’t be used as an argument for or against the retailer, [they] call into question Walmart’s role in local economic development.

Fair enough, but it seems like this question could be asked of many other big corporate enterprises that colonize a trade area.

The more salient point here is that there’s much less to these provocative headlines than meets the eye.  The same can be said for a guest commentary about Walmart in last Saturday’s Denver Post entitled Setting the Record Straight on Walmart Opposition.  Author and Hale neighborhood resident Pat Madsen  promises a “closer look” at claims by “Denver Post columnists, assorted letter-writers and bloggers” that opposition to the proposed Walmart at 9th and Colorado only comes from “elitists.”  Yet upon careful reading her “closer look” recycles the same charges and worries that have already been expressed. And, they’re substantiated by hearsay, anecdote, unattributed references, and speculation.  At one point, Ms. Madsen apparently attempts to deflect criticism that Hale neighbors are “racists” by noting that the police officer with whom she spoke about the crime that Walmart allegedly brings to an area was, in addition to being a fellow neighbor, African-American.  Regrettably, this has a bit of a “Some of my best friends are _____” flavor to it.  In any event, none of this convinced a majority of Denver Post online forum commentators, even those confessing a deep antipathy to Walmart. 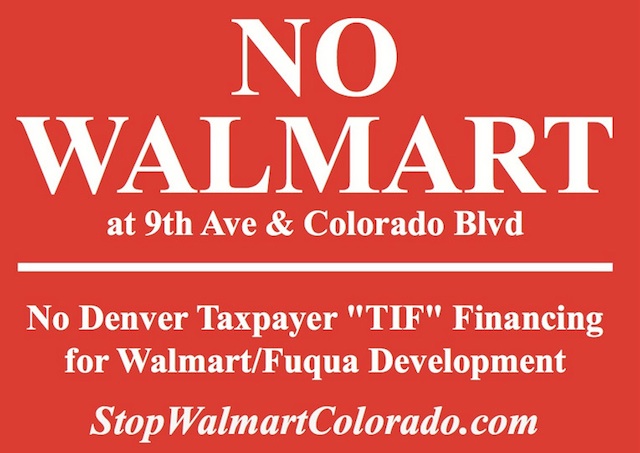 Ms. Madsen does make a couple of good points, however, that we’ve also made on this blog. First, that 9th and Colorado sits at nexus of multiple neighborhoods whose residents have a stake in what happens there. Second, that the area is economically and ethnically mixed—although how much remains a mystery because Denver city councilors have failed to respond to a straightforward question put to them about local diversity.  Likewise, Walmart spokesman Joshua Phair (to whom I forwarded the question once I got his email address) hasn’t clarified why the company believes that 9th and Colorado would be a good location for one of its stores.

Nonetheless, I think its high time for those in positions of influence at both the neighborhood and city levels to think about place-making and not just Walmart.   There’s an opportunity here to make the development at 9th and Colorado a distinctive place. One that contains both historic and new architecture that, ideally, would gesture to the site’s medical history.  That better and more safely connects pedestrians and bicyclists to surrounding neighborhoods.  That offers housing and amenities to a diverse, inner-city citizenry. And, that provides high quality, truly inclusive public space.  In short, a Denver development that breaks not only with Big Box suburban retrofits like Belmar but also increasingly cookie-cutter New Urban infills like Lowry.  Demonizing a company that’s potentially capable of doing good work to help deliver these things—without exploring the possibilities—makes no sense.