Demolition Denver: The View From California

California Home and Design Magazine has identified 25 American buildings that need immediate demolition. It offers this as the criterion for making the hit list:

When proportion, balance, form and function come together in a delicate harmony, architecture is nothing short of an art form. But when, on occasion, those principles clash, the results can be eye-searingly awful. We asked 15 architects and our own staff to weigh-in on what buildings, given the chance, they’d take a wrecking ball to.

Denver has one building on the list, our main Public Library Building.  CAH&D says the following about it:

While we appreciate architect Michael Graves‘ attempt to break out of the box, this postmodern project is a slight catastrophy [sic]. Funky can be good, but this is just fugly. 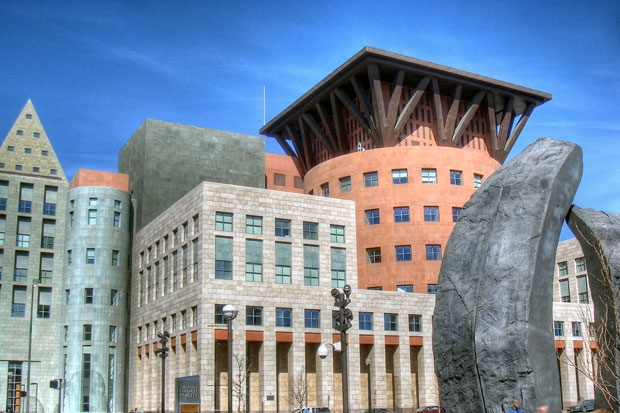 Denver Post freelance columnist and de facto architecture critic Susan Barnes-Gelt disagrees with CAH&D about the Denver Public Library, but has some other demolish-now suggestions.  Foremost among these is the latest addition to Denver’s skyline, the Ralph L. Carr Colorado Judicial Center. Of course, there’s no accounting for taste when it comes to appreciating individual buildings, and Barnes-Gelts’ readers let her know as much in, at times, fairly rude terms. 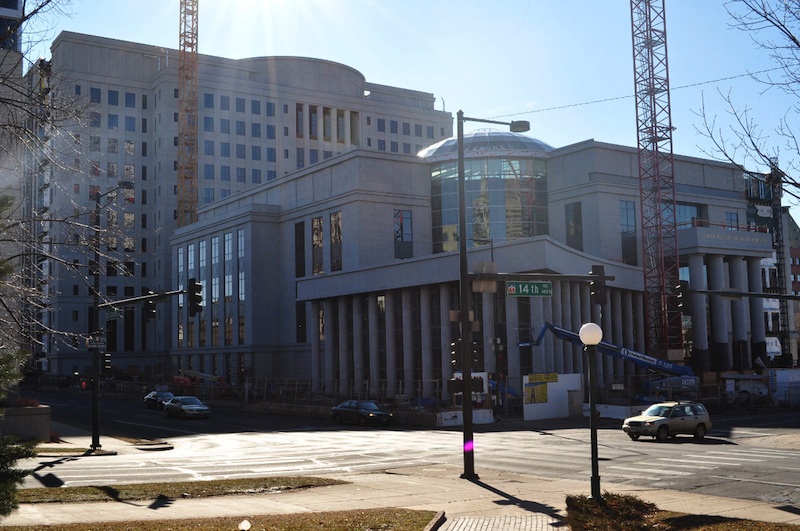 I rather like the Denver Public Library building on its own whimsical, postmodern merits.  But I mostly like it because of its context and the “dialogue” in which it engages two other buildings in its immediate area.  These are the two wings of the Denver Art Museum: Gio Ponti’s brutalist building from 1971 (the first and only Ponti building in the United States) and Daniel Libeskind’s deconstructionist wing from 2006. I think it’s marvelous to be able to stand in the middle of Civic Center Park—itself an original City Beautiful set piece from 1919—and be able to view, in a single field of vision, iconic examples (like ‘em or not) of three different late 20th century  building styles.  Minimally, the tableau is fabulous for pedagogical purposes, to get  students thinking about the meaning and social impact of urban architectural decisions.  And even if this isn’t quite the “aesthetic progress” imagined or desired by City Beautiful pioneer Charles Mulford Robinson (and notwithstanding its homage to white, Western architectural tastes) the buildings certainly make an impressive catalogue of aesthetic change.  And that, for my money, adds up to a very nice example of urban place-making. 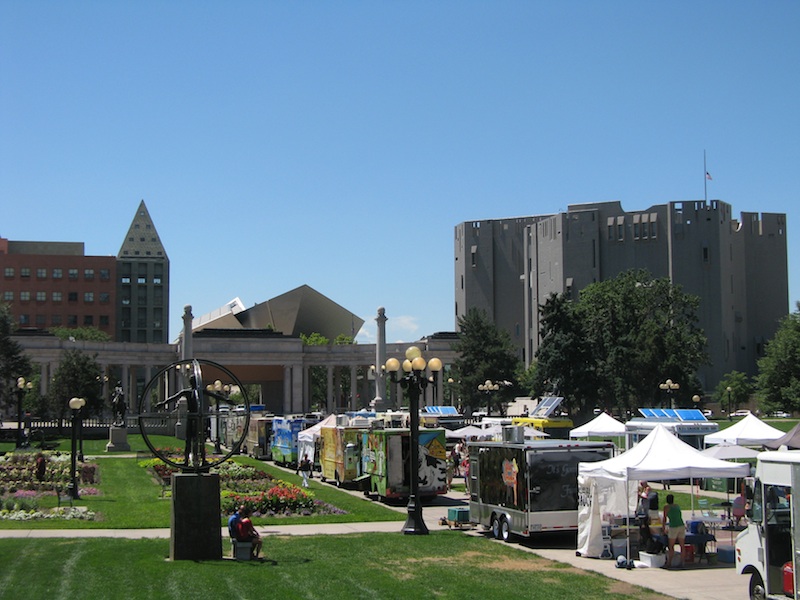