Calibrating for Culture: The Congress for the New Urbanism 20 Years Later The 20th annual Congress for the New Urbanism recently wrapped up in West Palm Beach, Florida.  I’ve never been to the Congress—and I didn’t attend this one—but I’m always interested in what transpires.  A few summary reports by attendees provide a pretty interesting picture of where this most influential of contemporary urbanisms stands after a generation.   What are CNU 20’s key takeaway message(s)?

Several commentators  detail CNU’s accomplishments of the last 20 years (e.g., here). These include compilation of a robust body of knowledge about compact, mixed use, and walkable town-making and a SmartCode for realizing New Urbanist ambitions in the real world.  New Urbanism has also produced some fine-looking communities on suburban greenfield sites both in the United States and abroad.   On the other hand, New Urbanism has enjoyed less success working in brownfields and city centers, especially in ways that seamlessly integrate new developments with the older urban fabric (see here for a good discussion). There are too few New Urbanist projects that, as Peter Katz says, “disappear into their surroundings.  Too much New Urbanist architecture is kitschy, characterized by “cartoonish, low quality finishes.”  Too many developments bring gentrification, thereby reinforcing the criticism that New Urbanism serves only a particular, relatively well-heeled demographic (but see here for an alternative view).

Thus, there’s good reason for a couple of commentators—here and here—to suggest that CNU must renew attention to the diversity highlighted in the first paragraph of its governing Charter:

The Congress for the New Urbanism views disinvestment in central cities, the spread of placeless sprawl, increasing separation by race and income, environmental deterioration, loss of agricultural lands and wilderness, and the erosion of society’s built heritage as one interrelated community-building challenge.

The separations of culture, like those of race and income, should also be on the agenda.  This raises the question of whether the New Urbanist SmartCode can deliver culturally-sensitive design.  This question was thrown into particularly high relief at CNU 20 by Daniel Solomon and Andres Duany.  Video of their plenary session is here and a good summary is here.  Solomon is an erudite critic of the New Urbanist SmartCode; Duany is a passionate defender.  Solomon argues that the “reductive certitude” of codes  can easily produce “stylistic straightjackets” and ”architectural righthink” that preclude the production of built forms that are compatible with local context, history, and cultural meanings.  Duany essentially countered by arguing that while we can’t always live with codes, neither can we live without ‘em.  He extolled the benefits of having practice governed by known rules rather than the varying opinions of committees and bureaucrats.  He insisted that the SmartCode allows freedom to calibrate plans in ways that accommodate the local and the contextual.

Duany is persuasive in arguing that there’s no necessary contradiction between coding for conditions and calibrating for culture.  The SmartCode allows multiple ways to “escape” when confronted with cultural difference.  The problem lies not with codes, but with the vision (or lack thereof) of practitioners.  I’d add that any vision must reflect a nuanced and consistent understanding of culture; that is, a refined cultural and intercultural sensibility.   The extent to which planners and architects of any stripe, and not just New Urbanists, have such a refined sensibility  is unclear.  Cultivating one may depend on their ability to distinguish between diversity and difference, or what might be termed “Big C” and  “little c” culture.

Daniel Solomon clearly moves New Urbanist theory and practice in the right direction.  His CNU 20 speech echoes many contemporary anthropologists in finding fault with grand, abstract systems of theory as frameworks for understanding and intervening in the world.  Indeed, Solomon makes good use of  the anthropologist James Scott’s criticism of “universalizing prescriptions” of the sort that produced Brasilia.  But I also heard Solomon unconsciously channeling the great interpretive anthropologist Clifford Geertz in calling for greater attention to the particular details of place and history, local frameworks of meaning, and the need to replace great abstractions of urban planning with a “feel for the subject.”  The following riff from Solomon is especially nice in capturing this ethos:

Solomon followed up by noting that the court and garden housing ordinance that he helped write in Pasadena, California can’t be straightforwardly reproduced just anywhere.  Rather, it’s a particular housing typology that’s inspired by a particular place and a particular history. This is all good stuff. However, there’s still some reductive generalizing at work here. For example, who is the “they” in the excerpt above? Certainly, “they” doesn’t include everyone who contributes to the dynamic of culture in particular times and places. 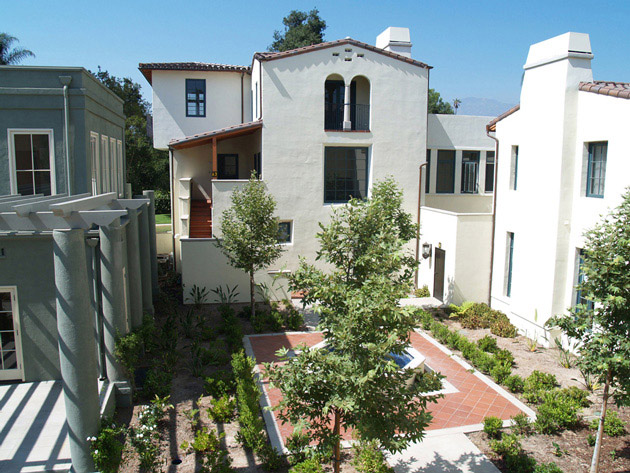 Like Solomon’s, Duany’s talk clearly demonstrates an awareness of the importance of incorporating local culture into the practice of placemaking.  Solomon compliments Duany for his insightful observations of New Orleans culture during his post-Katrina work in the city; i.e., for his “feel for the subject.”  But in his CNU 20 speech Duany rhapsodizes about culture in a very different way that contradicts such a nuanced appreciation and is troubling for its reductionism (it also nicely illustrates Solomon’s other point that Duany is a man uniquely capable of holding two opposing views simultaneously):

“There are two ways of being…a kind of Northern European way in which discipline allows the accumulation of wealth. I suppose this has to do with the harvesting of wheat for the winter.  But in the South, where there’s always a mango available—at close reach—the ideal is to accumulate leisure.”

Such broad distinctions are jarring and disturbing, even if used only as descriptive conveniences.  They don’t respect the  many details of local culture and history that shape different “ways of being.”  Such distinctions lend themselves far too easily to unsavory uses.  For example, in listening to Duany I was reminded of Richard Lynn, a very controversial investigator of racial differences who sees Southern peoples as intellectually and culturally inferior to those of the North because of what he takes to be the differing cognitive demands of food-getting in Northern and Southern environments. In other words, for Lynn wheat harvesting produces intelligence whereas mango collecting encourages sloth. The political scientist Lawrence Harrison doesn’t do much better with the basic distinction he draws between progress-prone and progress–resistant cultures.  Urban planning and design, among many other enterprises, is not well-served by such reductionist frameworks for thinking about cultural diversity and difference. Until New Urbanists get some clarity about the nature, sources, and salient dimensions of different ways of being as they exist in the world “Culture” will continue to be the 800 pound gorilla in the meeting room.

Average IQ of Indigenous Populations According to Lynn

In short, New Urbanism has not yet saved the world.   There’s disagreement about whether it is, in any way, still “New.”  It is certainly at a tipping point, with some significant challenges on the horizon.  Can New Urbanism colonize urban centers in ways that strengthen urban fabrics?  Will it calibrate for real, meaningful cultural diversities and differences? Are its built forms capable of  accommodating cultural change, cultural mixing, and spontaneous cultural interventions? 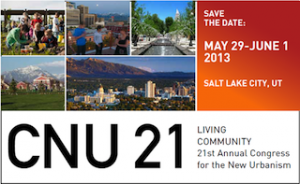 The 2013 Congress for the New Urbanism will meet in Salt Lake City and Duany, for one, can’t wait. His plenary address complimented the late 19th century Mormon system of town planning—the “Mormon Block“—for its flexibility, adaptability, and openness to calibration.   Duany is careful to separate Mormonism as a system of ideas from Mormonism as a set of religious beliefs.  However I’m not sure this separation can be so easily maintained, especially if we respect the power of cultural difference.  The Mormon way of being is historically predicated on some basic articles of cultural faith: individual self-sufficiency, well-ordered regularity, separateness of Mormon (Us) and Gentile (Them), and domination (rather than stewardship) of Nature as a way to achieve personal redemption.  Not all cultures subscribe to these principles.  Mormons are also known for their exquisite ability to live with the contradictions inherent in their way of being; e.g., between their belief in biblical literalism and their healthy respect for modern science.  The Salt Lake City Congress promises an interesting excursion into territory that will likely continue to test the faith of New Urbanists in their own theories, practices, and ways of being.