Or, help kill him?  So asks Planetizen, in advertising an article by Robert Steuteville in Better! Cities and Towns.  Steuteville’s argument is that gated communities like The Retreat at Twin Lakes create “a fortress mentality” replete with paranoia and suspicion of anyone who looks out of place within its walls.  Steuteville notes the development’s very low Street Smart Walk Score of 26 and suggests that “It’s hard to imagine this kind of tragedy playing out today in the same way on the block of a walkable city or town.” 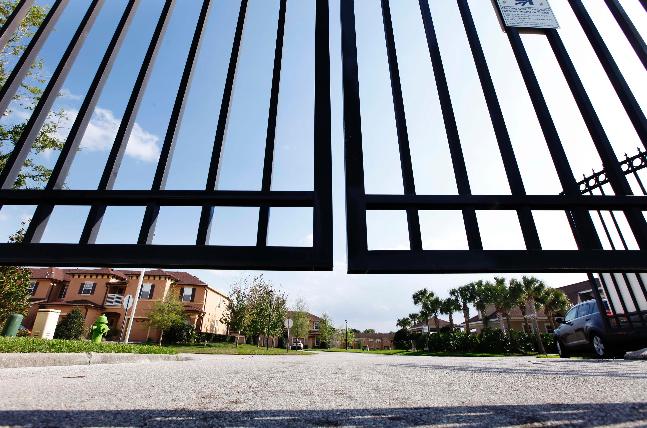 Others have made similar arguments. Chris Turner, writing for the Mother Nature Network, suggests that Trayvon’s death was “aided and abetted by a failed urban design model” tragically lacking in what Jane Jacobs described as “eyes on the street.”   The Twin Lakes model is a “drain on social capital and robs neighborhoods of the rich interplay of random, multivalent activities that breeds—and protects—healthy community.”  Turner suggests that among the many sad aspects of Trayvon’s tragedy was “the way that the street failed him.”

And then there’s Rich Benjamin, writing  in yesterdays New York Times.  Benjamin echoes Steuteville by arguing that gated communities  produce a “bunker mentality” and attract “like-minded residents who seek shelter from outsiders and whose physical seclusion…worsens paranoid groupthink against outsiders.”  The gates “exacerbate biased treatment against the young, the colored, and the…poor.”

I certainly think there’s an element of truth to these analyses.  This blog is predicated on the idea that the built environment actively shapes human psychology and behavior, and that our explanations of particular events can suffer unless we consider the materiality of human existence alongside political, economic, and other institutional forces (e.g., the case of Pruitt-Igoe).  But we can also push things too far, as one commentator on the Planetizen announcement noted.  People are killed and assaulted in inclusionary  places, too.  They’re also killed and assaulted in highly walkable places, including those designed and/or infilled along New Urbanist lines. Denver’s Central Business District has a walk score of 96. The Union Station area—which includes our regenerated Lower Downtown (“Lodo”) and the famous Larimer Square—has a walk score of 87.   Yet according to denvergov.org data, in the last year assaults in the Central Business District were up 64% and forcible sex offenses were up 73%.  In Union Station assaults were up 43%. Explanations for these findings include the struggling economy, cutbacks in social services, and the availability of fewer civic resources to deal with violent crime. 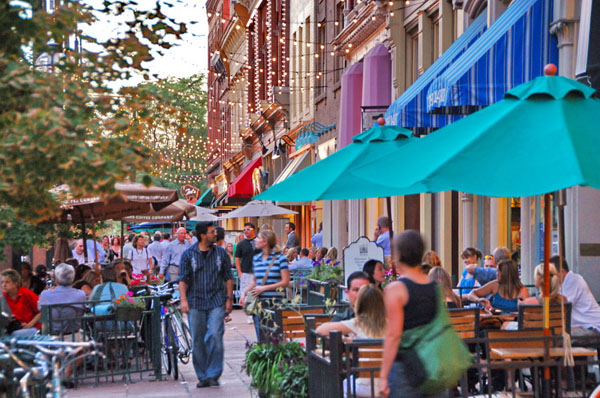 Eyes on the Street in Larimer Square, Denver

Thus, it’s a bit unseemly to imply that if The Retreat at Twin Lakes had only been more walkable on a New Urbanist model the Trayvon Martin tragedy might have been averted. As Philip Langdon noted in another Better! Cities and Towns piece dealing with death by vehicular accident at Denver’s Stapleton development, “New Urbanists cannot claim that safety is a problem only in conventionally designed [or, we would add, gated] subdivisions.”