Why Not Save the Historic 9th Avenue Bridge? 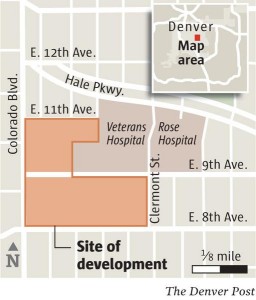 In this series of posts (for earlier ones see the “9th and Colorado” category) we’ve been chronicling Sembler Company plans for developing the old University of Colorado Health Sciences Center campus at 9th Avenue and Colorado Boulevard, and also editorializing as the spirit moves.  I couldn’t attend last Wednesday’s Colorado Boulevard Healthcare District (CBHD) Board meeting because of another commitment, but my colleague Kyle Cascioli went and wrote up a few notes.

The plan reported here was apparently preceded by another developed over the summer that was deemed unacceptable by CBHD Board Chair Mary Nell Wolff.  This led to cancellation of the public meeting scheduled for September while the development team (including Davis Partnership Architects) went back to the drawing board. The plan discussed last week was described by Wolff as “greatly improved.”  Key elements of the revised plan include the following: 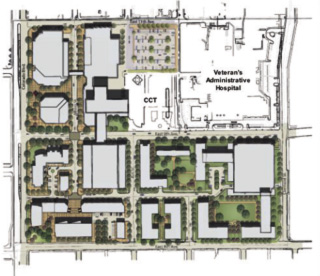 There are still no details about the identity of the Big Box or “Large Format” anchor tenant.  Sembler has letters of intent from a diverse group of restaurants and other soft and hard goods retailers that will populate the site.

During the Q&A one citizen asked whether certain mature flowering trees will be preserved as part of green space.  Sembler will be looking at that.  Another questioned whether anything in the development’s architecture will reflect  the diversity of housing styles (Art Deco, Spanish Colonial, Tudor) that characterizes the adjacent neighborhood.  Shea’s original plan stipulated creation of a “new architecture” that would create spaces and character to tie the site together and complement the surrounding community.  However, it’s not clear that such a commitment is in the cards with Sembler.  Conceptual renderings of the site continue to represent the buildings in a generic neo-modern style. 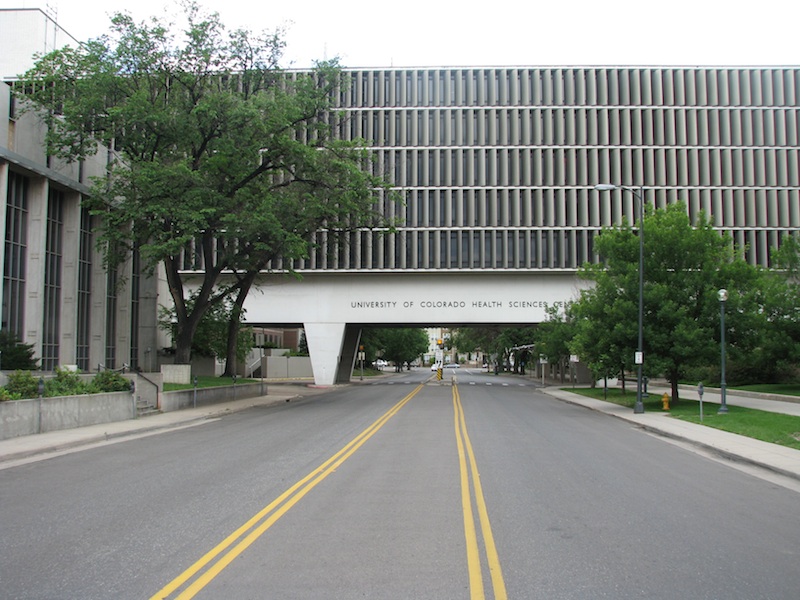 Apparently elimination of the 9th Avenue Research Bridge has been widely applauded.  However, preserving something of its structure and form—if only a hint on whatever new buildings will rise on either side of the road at that location—would be a nice touch especially since the louvered windows on the 1965 hospital and bridge suggest a commitment to “green” building before it became fashionable.  There’s some suggestion that the materials used to rebuild throughout the project will reference the site’s medical school history, but there are no details yet.  There’s also the matter of what the development will be called, but nothing has been formally proposed.

The next CBHD Board meeting is tentatively scheduled for November 10. At that time various neighborhood groups will be asked to voice their approval of the new project in its current proposed form.