Well, not exactly dead on arrival, but close.   Almost from the start the great Spanish architect Santiago Calatrava’s designs for Denver International Airport’s South Terminal Project were assailed by critics  for disrespecting the original (and now iconic) Curtis Fentress design of the main airport terminal.  Then, last April, plans for a  Calatrava-designed commuter rail bridge over Pena Boulevard were scuttled because of cost.  Thus, Calatrava’s resignation from the South Terminal project last week because of insufficient funding and creative differences with project 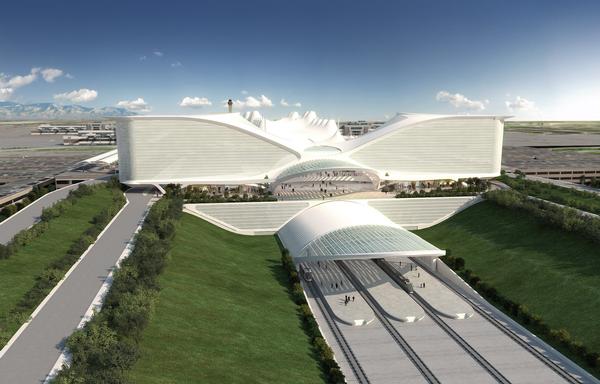 partners comes as no surprise.  The issue at present is what DIA has bought in the way of Calatrava concepts for the cool $12.9 million that’s already gone into design work.  Lawyers are working on it while others want some accountability from those who got DIA involved with Calatrava in the first place. There’s also a little hand-wringing about what Calatrava’s resignation at DIA means for Denver given the earlier departure of another starchitect, Stephen Holl, from the Denver Justice Center Project for basically the same reasons.

Last week’s story in The Denver Post has three local architects deconstructing things for us.  George Hoover suggests that Denver is now at risk of acquiring a reputation as a city that high profile architects should avoid if they expect to see a project through to completion.  He suggests that when an architect pulls out of a project it’s not a matter of “prima donna mentalities” but rather of “realistic expectations and experience.”  Still,  the Calatrava firm’s “Dear John” letter (to Kim Day, DIA Manager of Aviation, available here) certainly has a bit of a prima donna flavor given that it attributes to other parties “the circumstances that make it impossible for [Calatrava] to perform” while underscoring his firm’s apparently exhaustive efforts “to find solutions” to financial, scheduling, and other problems. No doubt the issues are complex, and no doubt the money matters.  Shrinkage of the project budget by almost 25% from $650 million to $500 million is significant.  Thus, a second Denver architect, Dennis Humphries, defends Calatrava’s decision by suggesting that any compromising of an artistic vision to fit a budget is “career damaging” for an architect at the Spaniard’s world-class level.  But Humphries also notes that other Great Ones have made compromises with a city to get things built; e.g., Michael Graves and his Denver Public Library, a building that has become one of Denver’s most beloved.  Plus, I’m not sure the “uncompromising” thing  plays very well in an economic climate that’s required many people to compromise their visions to fit a budget, or that’s left them with no roof over their heads at all. 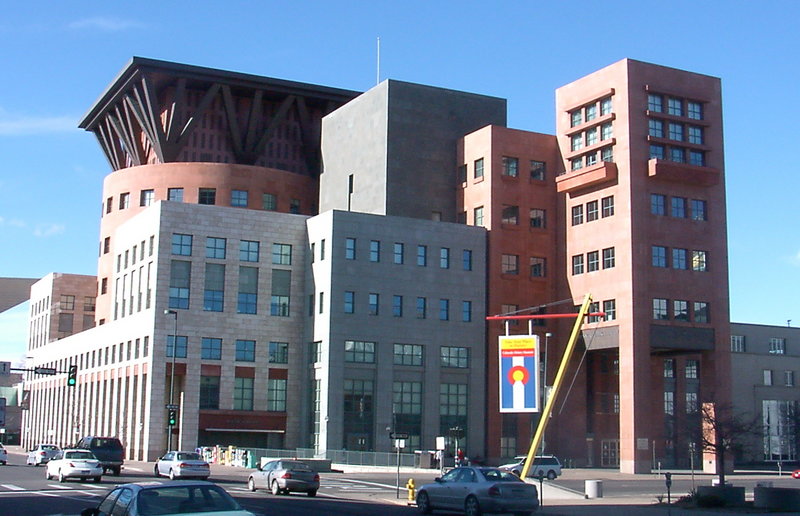 It’s much more difficult to find fault with the third Denver architect quoted in The Post’s story, Curtis Fentress himself.  Fentress is said to view large-scale projects through the lens of social responsibility to the community, an ethos that’s probably lost, perhaps for good reason, on your typical starchitect.  For Fentress, “it’s not about the architect’s ego, its about the community and the purpose of the building.”  Susan Barnes-Gelt, a veteran observer of the Denver architectural and urban design scene, opines that we don’t need a world famous architect to design buildings—we have great civic architects right here in Denver.  This is almost certainly true, and our local talent will now be put to the test at DIA.  But I’d also like to believe that we’ve reached a tipping point (if only occasioned by economic necessity) at which both people and place have begun to matter more in the way that we imagine our city.