The following essay was solicited and published by the University Denver Newsroom ahead of the university’s 17th annual Diversity Summit held on January 25-26, 2018.  It offers a perspective on the summit theme dealing with the overlap between environmental and social justice work.  Now gone from the Newsroom, the essay is re-published here. 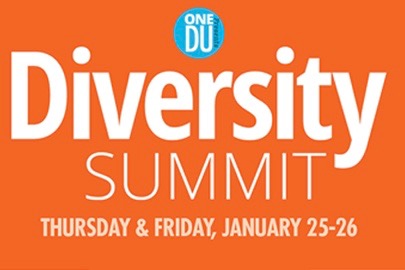 The focus of the 2018 Diversity Summit — the intersection of social justice and sustainability — is best captured by the concept of “just sustainabilities”: practices that ensure a better quality of life for everyone, now and into the future, in a socially equitable and environmentally conscious manner.

Scholarly research indicates that the more inclusive and equitable a city, the more prosperous and sustainable it is overall. Just sustainability is a compelling challenge for American cities because they continue to be plagued by the race-based segregations that accompanied their “modernization” in the mid-20th century. Unequal access to affordable housing, healthy food, public space, green space, public transit and cultural amenities still prevails. These inequalities are especially pronounced in technology hubs like New York and San Francisco. Unchecked, the current trajectory of American cities portends a future in which downtowns, suburbs and countryside alike are fractured into areas of concentrated wealth and concentrated poverty.

Scholars and activists who embrace the just sustainability challenge need to think outside the box and interact beyond their own disciplines and professions. They should question the generic, mono-cultural principles of so much city-building, especially those embedded in the concept of “master planning.”  The design movement known as “placemaking” is an alternative approach, one that involves the creation and maintenance of what are known as “quality places.” But adding more taco trucks, basketball courts and national flags to urban spaces won’t remedy the equity deficits of American cities. Such tactical interventions put diversity on display rather than hardwiring it into dwelling, or how we actually live.

Other approaches are possible. Instead of master planning and placemaking, we might turn to urbanism: a critical and comparative science of cities that is inter-disciplinary, cross-cultural and deep-time. A 6,000-year history of city building surrounds us. It has been written by the members of every human race and is manifested on every continent. The evidence extends from Mohenjo-Daro to Medellín, Nineveh to Ndola, and Tikal to Tijuana.  These cities — some familiar to us, others completely foreign —are wellsprings of learning about just sustainability. They offer guidance about urban farming within worldviews that don’t distinguish between town and country. They illustrate collective governance in the service of equitable access to life-sustaining resources.  They demonstrate effective resource sharing across ethnic and ecological boundaries. They show how public space can accommodate the masses, delight the senses, and cultivate a shared identity and destiny.  They implicate intercultural principles and practices for linking equity and sustainability, and for moving contemporary urban policy off of display and on to dwelling.

America’s cities are rapidly diversifying because of changing racial demographics and immigration from other countries.  We will soon be a majority-minority nation.  The key question is: Will we capitalize on the diversities of social being and belonging that fostered innovation, tolerance and sustainable living in every part of the urban world for 6,000 years? Or will we stick to business as usual? The choice will depend on how much cities, and their universities, value the vast body of urban knowledge that’s available to us.

Acknowledgements: I’m grateful to my colleague Julian Agyeman (Tufts University) for the concept of Just Sustainabilities, and to Maree Pardy (Deakin University, Australia) for the distinction between display and dwelling.