The reigning Times architecture critic is Michael Kimmelman. Mr. Kimmelman introduced himself in September 2011 with an online piece about his “mission” in that role. This mission is essentially to invite a public conversation about the social context of architecture: the relationship between people and buildings, who benefits from them and who doesn’t, and what makes them succeed or fail. Times readers commenting on his mission statement enthusiastically agreed with the need to drive the conversation away from luxury developments and toward sustainable construction, and to shift the discipline’s radar from form-based aesthetic evaluation to a broader social-based evaluation. One commentator wished Mr. Kimmelman good luck in nudging the conversation “towards a more comprehensive evaluation of the built environment and away from the breathless adulation of the latest big name architect, or the branding of the latest green trend.” Perhaps the most trenchant comment, however, challenged Mr. Kimmelman to carry through on his commitment to turn criticism and conversation in this direction. As this reader noted, global travel by the Times architecture critic to exotic locales and company kept with Pritzker Prize winners can have seductive effects and derail even the best laid plans to re-focus the critical agenda. Mr. Kimmelman’s predecessors in the architecture critic’s seat arguably succumbed far too easily to these temptations. 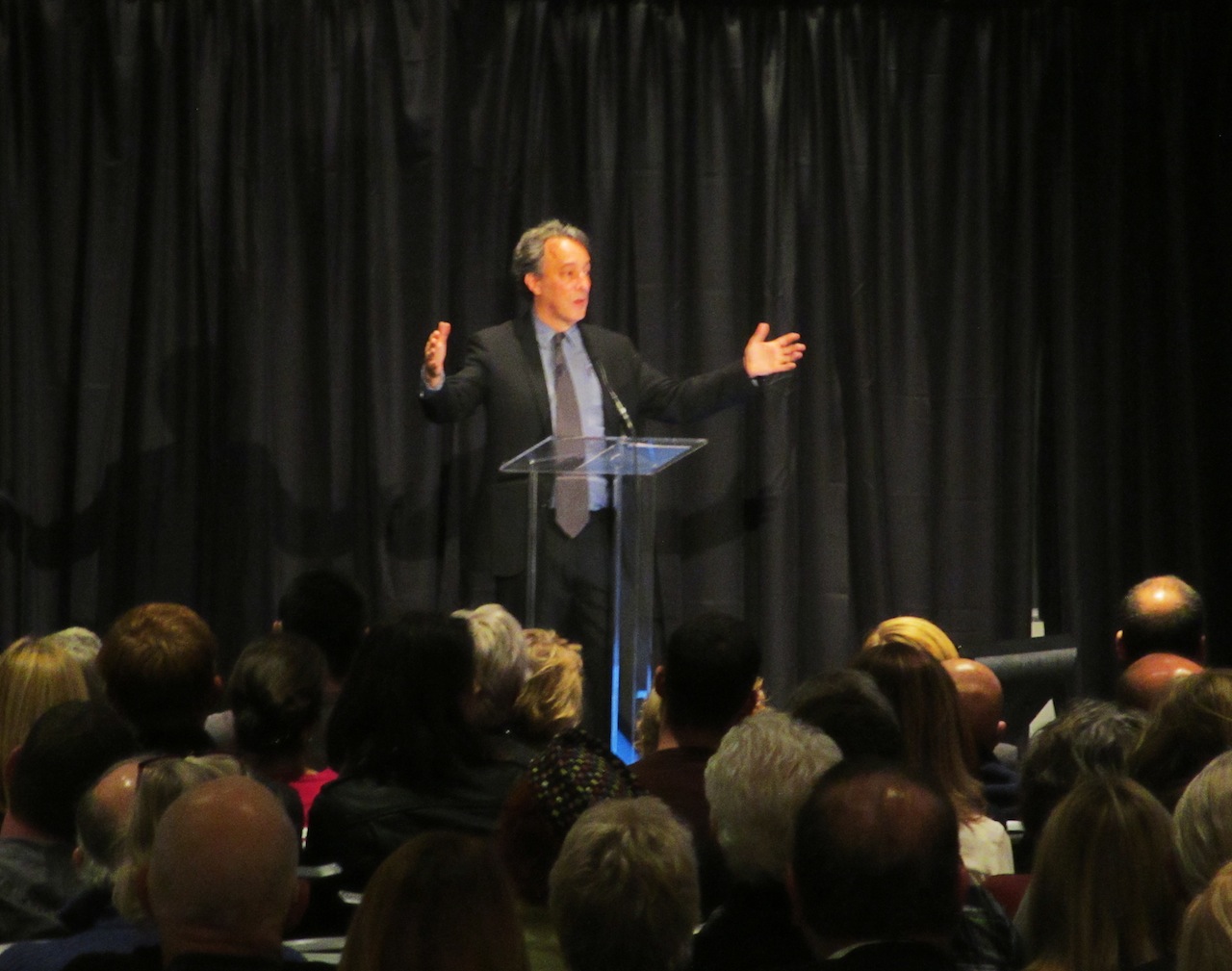 Four years after his inaugural column I think we can say that Mr. Kimmelman is making good on his promise to sustain a focus on the social context and redemptive qualities of urban architecture and design. He neatly summarized some of his most important messages in a public lecture at the Denver Art Museum several weeks ago. “Reshaping Our Cities: Taking back the Streets” was sponsored by the Clyfford Still Museum, the Department of Architecture, Design & Graphics at the Denver Art Museum, and the College of Architecture and Planning at the University of Colorado-Denver. Promotional material promised some answers to key questions of how we will make new cities and remake old ones to be more resilient, equitable, healthy, and enduring places to live. Mr. Kimmelman introduced the lecture as an opportunity for him to “play God for a day.” What I heard as an audience member was a call for urban planners and architects to work according to three major imperatives:

1. Promote citizen rights to make urban space: This imperative was couched in a story about the Zaatari Refugee Camp in Jordan. While it’s far too easy to wax romantic about today’s refugee communities and slums as novel “incubators” of urbanism (these typically are, after all, sites of great economic deprivation and social distress), it’s nonetheless remarkable what residents can create when left to their own devices. Zaatari is a “do it yourself” metropolis of 85,000 people with streets, neighborhoods, jerry-built sewers, private toilets, and a “shadow real estate market.” Homegrown amenities include flower and bike repair shops, barbershops, takeaway food joints, pizza delivery, and a travel agency that will provide airport pick up service. The camp has grown according to its own “ad hoc, populist urban logic” in ways that not only bring some normalcy to life but also a degree of social mobility. For Mr. Kimmelman, Zaatari offers a “new way of thinking” about not only the pressing refugee crisis but also urbanism more broadly. The lesson is that urban planners and architects should leave plenty of room for citizens to make the city according to their own values, needs, and inclinations. We need to commit, in other words, to a more thorough-going “ground-up urbanism.”

2. Promote collective ownership of the urban commons: Again, the refugee camps have something to teach us. This time, it’s Al Fawwar, a Palestinian camp in the West Bank. Here, a small public plaza (designed by Palestinian architect Sandi Hilal) that’s not much bigger than a typical urban pocket park offers a place for children to play and women to safely gather. Security and privacy are enhanced by a low enclosing wall that makes the plaza a kind of house without a roof. The plaza thus offers a place that everyone, including both sexes, can lay claim to and collectively own. For one of Mr. Kimmelman’s female interviewees the plaza “gives us self-esteem and a sense of worth like the men have.” It has altered the resident’s sense of being in the camp and their sense of investment in place without sacrificing their ultimate aspiration to return home. Indeed, the symbolism of the camp’s architecture appears to be important here. The concrete construction of the plaza’s enclosing wall explicitly mirrors the makeshift, expedient architecture of the houses surrounding it. This signals to everyone the rootedness of people in place while also reinforcing the temporariness of life in the camp. 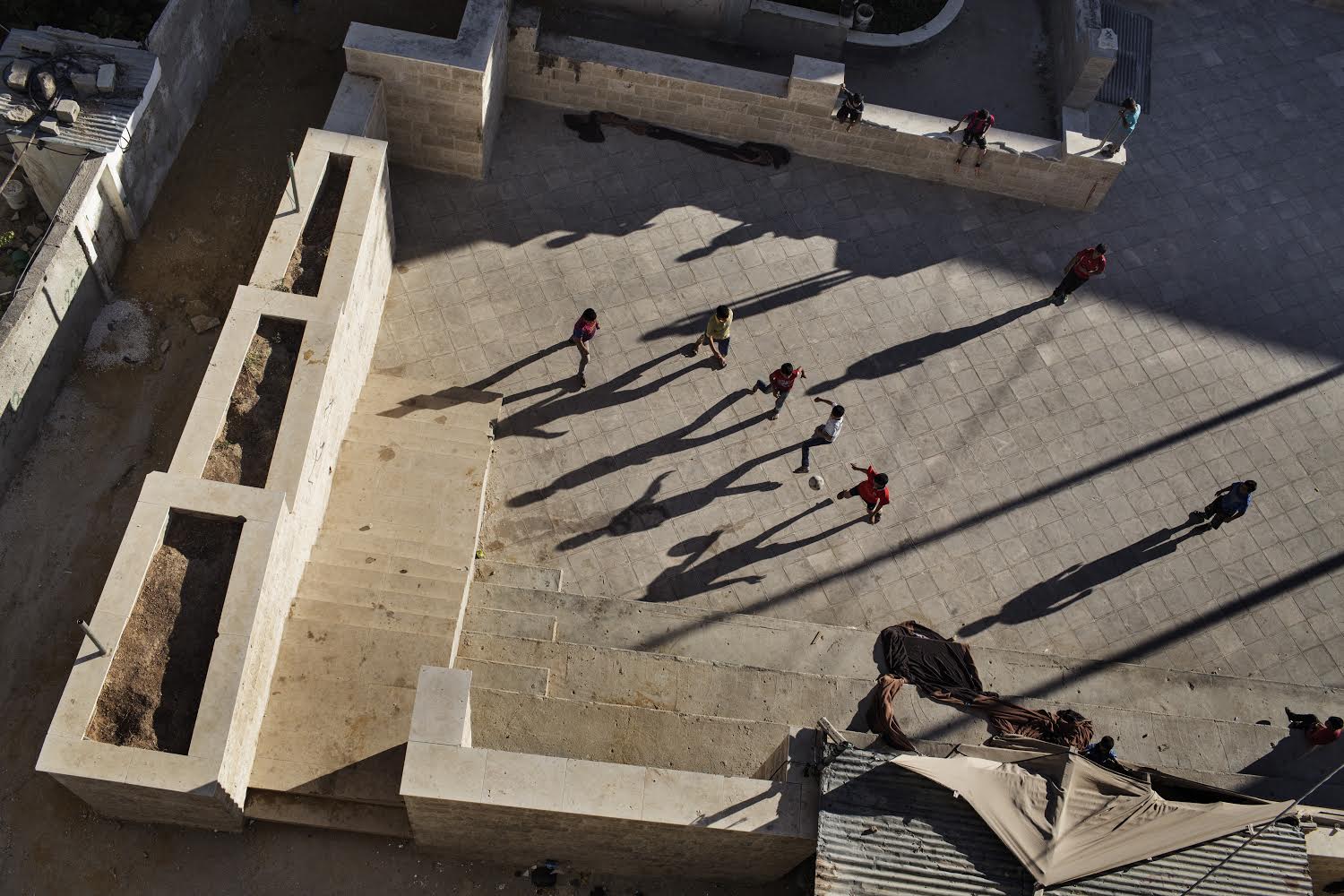 3. Promote the welfare of children and families: This is a singularly powerful theme in Mr. Kimmelman’s writing, conveyed by his numerous excursions into affordable and subsidized housing. The journey began with his very first column about the Via Verde development in the South Bronx. The denial of good design to the poor is a longstanding failure of American urban planning. Mr. Kimmelman helps steer us from Towers in the Park to Gardens in the Sky, where the health benefits of greenery, air, and light focus the design conversation. He also directs us to see affordable housing as something that’s not only socially redemptive for residents but also economically profitable for developers. In his Denver lecture Mr. Kimmelman highlighted Sugar Hill in Upper Manhattan, a subsidized housing complex given distinctive form by the architect David Adjaye. The design of the building’s façade mirrors nearby row houses and other historic buildings in the neighborhood, thereby connecting to its context much like the plaza wall at the Al Fawwar camp. There are exterior terraces and interior gardens. However, the building’s true signature elements are a pre-school, a children’s museum, and a commitment to child- and family-centered programming. These “binding tools of art and culture” anchor the community and its gathering spaces. Mr. Kimmelman is pointed in his criticism of certain Sugar Hill features—chief among them the small, awkward living spaces—while recognizing that subsidized housing always involves trade-offs. I think I speak for many of us here in Denver when I say that something like Sugar Hill (subsidized or not) would be a very welcome addition to a city dominated by an oversupply of banal, four story housing complexes designed to accommodate little more than unmarried, in-migrating Millennials. 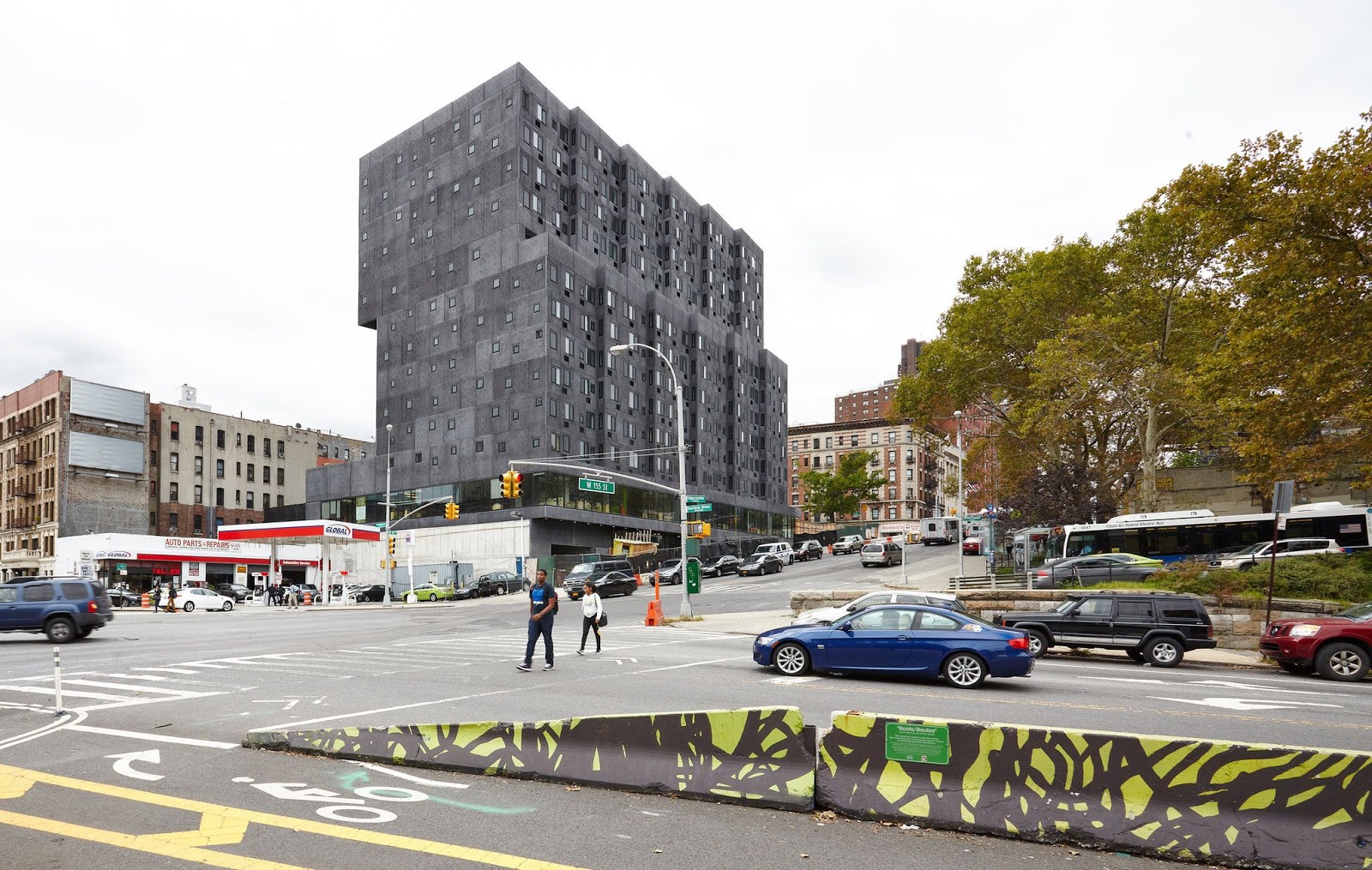 A fourth compelling imperative was articulated by Mr. Kimmelman in his Denver lecture, and it’s one that subsumes all of the above. That overriding imperative is for urban planners to “show that they matter.” He argued that government officials don’t listen much to architects and planners and that it’s time for the latter to get in the game, to “claim a place at the table.” He urged us to reimagine the city as a shared asset in which design is a key part of the conversation about social equity. Design should be central to a “social compact” between government and citizens akin to the one that drives planning in, for example, many European cities. Even very small design moves can make a big difference in fulfilling this social compact.

Mr. Kimmelman identifies this as an “optimistic moment” for cities. It’s striking that his print columns about the three examples of urban intervention described above not only foreground social equity but also the human desire to live with dignity. Our contemporary urban optimism will be rewarded only insofar as we succeed, as Mr. Kimmelman suggests, in designing built environments that respect human dignity and nurture human hope.

Acknowledgement: I’m grateful to Adam Ferguson and Robert Wright for permission to use their photographs in this essay.