Should City Planners Worry About a Sustainable Water Supply?

The headline asks one of the big questions prompted by a recent Planetizen interview with Denver Planning Director Brad Buchanan. It’s broached in the comments thread in a lively exchange between Jim Safranek and Jake Wegmann. Mr. Safranek says it’s a planner’s obligation to consider the long-term security of a city’s water supply. Mr. Wegmann counters that securing a sustainable water supply is a bridge too far for a single planner and the department he leads.

Both commentators make good points. As it turns out, the question is anchoring a dialogue here in Colorado sponsored by the Colorado Water Institute and the Keystone Policy Center. These entities have joined forces for a two-year project to tackle what they call the “dilemma” of water use in Colorado. At the heart of the dilemma is this: a state’s economic viability often depends on growth, yet water—as an obviously key requirement for economic growth—is a precious resource that can’t be harvested willy-nilly. Complicating the dilemma is the fact that not everyone who deals in water supply and land use in the state is on the same page. Land use planning is typically a local governmental concern, while water planning and allocation occur on multiple local, state, and federal levels. The traditional disconnect between planning and land use decisions and current and future water supply realities can preclude a sustainable balance between water supply and growth.

I was fortunate to be involved in a July 2012 focus group that established the need for a dialogue between water providers and land use planners in Colorado. The event was attended by about 35 people, among them water providers, water engineers, water lawyers, state legislators, city officials, health specialists, conservationists, developers, academics, and even a Colorado Supreme Court justice. The informal roundtable format allowed individuals to contribute as the spirit moved. The result was a stream-of-consciousness discussion that brought to the surface many interesting observations and insights. The downside was that, because of time constraints, none of the arguments could be discussed at-length or in-depth. 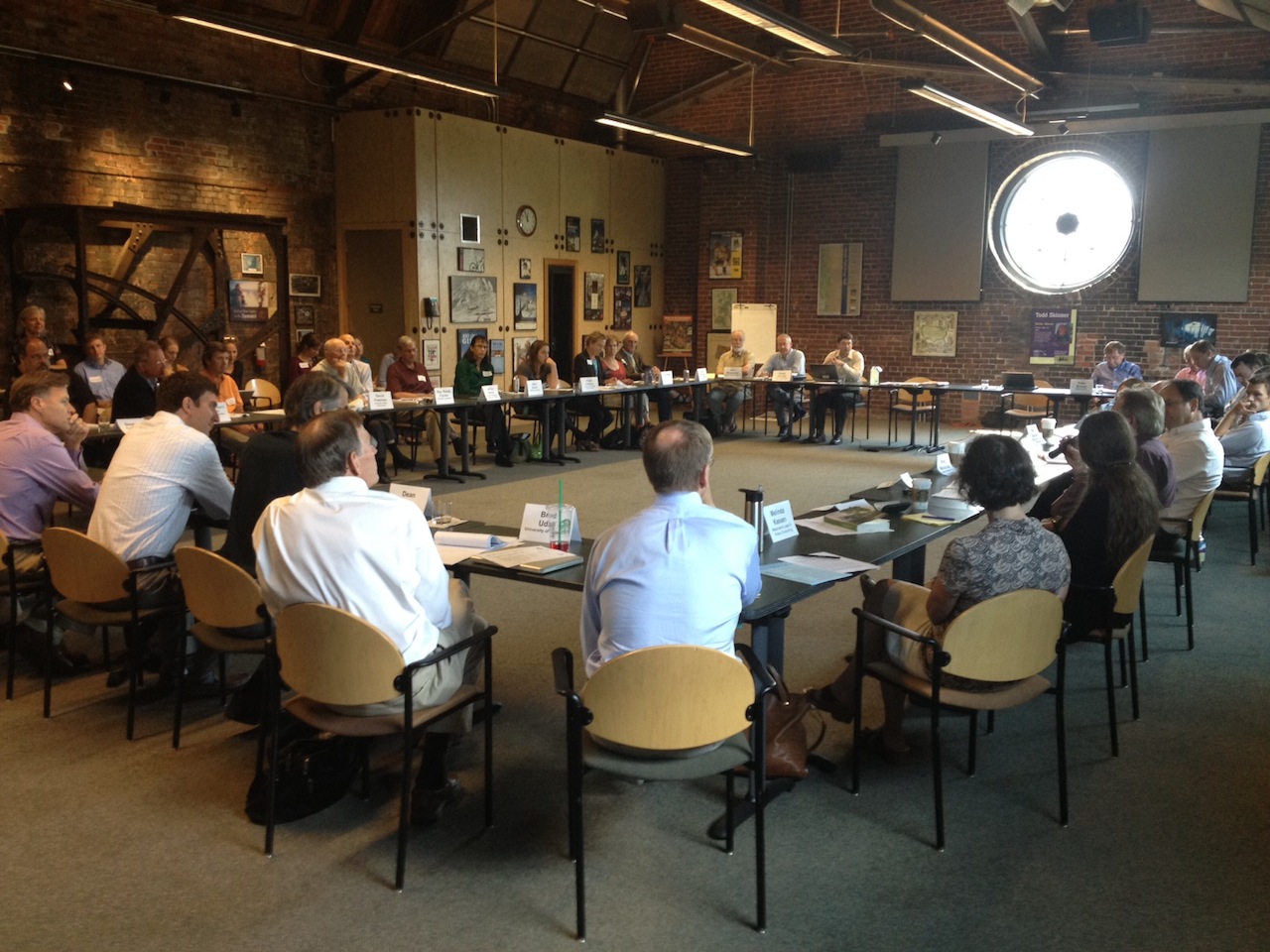 Still, the meeting gave a sense of how professional planners and water providers think about water and growth. Most striking to me was the argument that a sufficient water supply exists in Colorado to support growth without any net increase in water consumption even beyond the year 2050. Thus, perhaps there’s no compelling need for Mr. Buchanan to worry too much about the sustainability of his city’s water supply. Indeed, one expert suggested that water supply gap is not the most appropriate term for what bedevils us. Rather, it’s a structural deficit that has some people not getting the water that they need. I took this to imply that Colorado’s water problem is not one of supply but rather one of distribution or allocation…although no one would be foolish enough to suggest that water conservation should not be a top priority for Denver going forward.

A spirit of pragmatism permeated the meeting room. Growth in the West has rarely been constrained by water availability. Growth is going to happen. As Josh Stephens notes in his Brad Buchanan interview, Millennials are moving into the state in droves. Hundreds of companies are targeting Colorado as a business location. The question, then, is not whether we grow but how. Densifying the urban core and suburbs is one obvious answer. As one density advocate put it, “we need to replace plants with people.” But that solution is problematic. Not all citizens like or want density. Plus, we don’t really know how much, if any, water savings is achieved by densifying. In his interview Mr. Buchanan notes that there’s “plenty of controversy” about the pace [emphasis added] of development in Denver. The same goes just as much for the form of development.

A couple of predictions from experts informed about Colorado’s housing situation got my attention. One is that by 2050 between 50-75 percent of existing Front Range housing stock will have been replaced. Moreover, detached housing costs will become increasingly prohibitive for families, further pushing municipalities toward different ways of housing people. For some participants this condition will present a unique opportunity for exploring new ways of addressing water and growth.

As usual, I found myself thinking about the housing challenge from an intercultural perspective. Will housing stock replacement be sensitive to urban immigration trends and increasing ethnic diversity? Will developers and homebuilders consider the alternative cultural values that govern household size, configuration, and water use? Or will the touchstone for redesign be the norms and values of a white, middle-class, Western demographic? And, if education about water use efficiency is key to remedying what some attendees called “dysfunctional cultural behavior” with respect to water use, what would mechanisms for educating a culturally diverse target population look like? How ethnic diversity affects urbanism and vice versa (i.e., how urban life is experienced by people of diverse cultural backgrounds) is still an afterthought even in more progressive, sustainability-conscious urban planning circles. This issue is almost never discussed in popular and professional accounts of Denver’s “success.”

At the close of the July 2012 summit there seemed to be consensus on a couple of major points. One is that we need a paradigm change in the way we think about water and growth. The new paradigm should not set up false choices or dichotomies such as growth vs. no growth. Another false dichotomy is that between agricultural and municipal water use. Support was expressed for the idea that water can be successfully moved between these sectors, and that moving water from agriculture to the city won’t necessarily devastate agriculture (although state legislators from rural areas might disagree). The Planetizen interview suggests that Brad Buchanan, as an urban planner and rural rancher, would also be keen to deconstruct this dichotomy. Still another false dichotomy is that between Colorado’s Front Range and Western Slope. A good bit of the state’s water is redirected from the Western Slope to the Front Range fueling, in the process, a certain anti-urban bias. However, Front Range cities might have something important to teach Western Slope and other Colorado communities about effective water planning and use. 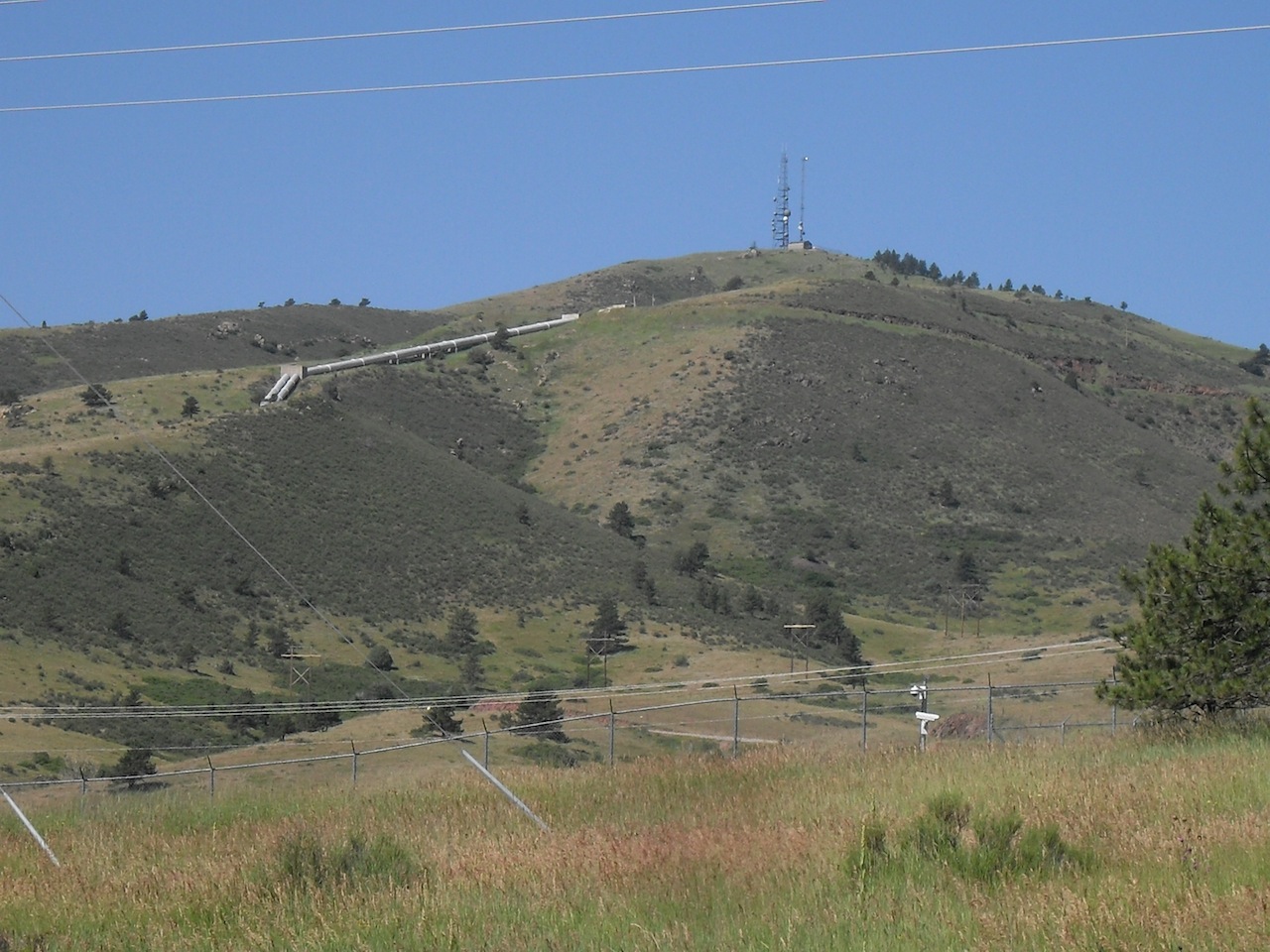 Another consensus formed around the suggestion that we need to get the professionals who deal with water out of their institutional and disciplinary “silos” and into a more productive conversation with each other. It was recommended that new voices be brought into the conversation. Who’s missing from the conference table that should be there? Answers included economists, landscape architects, realtors, homebuilders, someone representing agriculture, and citizen planning commissions. The representative from Denver Water cheekily suggested that, at the very least, we needed fewer water people at the table! Certainly there was agreement that we need a stronger commitment from all parties to work together in ways that don’t simply re-create wheels or yield the same shopworn policy recommendations.

The water and growth dialogue in Colorado is proceeding as we speak. After the July 2012 meeting the Colorado Water Institute and Keystone Policy Center created a structure and a logistics for moving forward, which is summarized and updated by Todd Bryan in the most recent issue of Colorado Water. Ideally the dialogue will produce something of what Mr. Wegmann asks in his exchange with Mr. Safranek: specific strategies and actions for integrating land use and water planning so as to produce more sustainable forms of urban development and re-development.

This essay was originally posted at Planetizen and re-titled and re-posted at Sustainable Cities Collective.