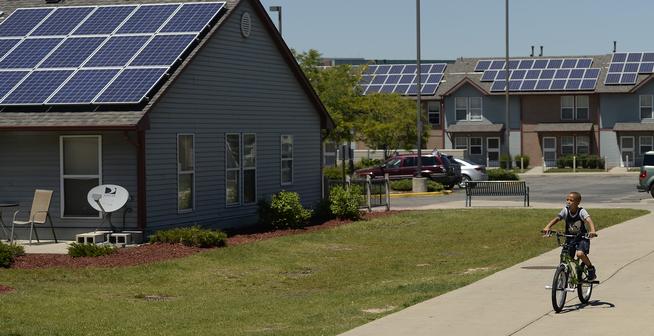 Affordable housing was a major talking point at the recent Rocky Mountain CitySummit 2015, a gathering of local urban thought leaders and nationally known keynote speakers organized by the Downtown Denver Partnership. One breakout session on “The Inclusive City” considered ways to address Denver’s affordable housing challenge given the growing divide between rich and poor, volatile relations between the community and law enforcement, and concerns about gentrification.

What is meant by “social inclusion” with respect to affordable housing? For us, it means distributing affordable housing options around the city so as to provide lower income populations with more equitable access to civic amenities and necessities; e.g., public transportation, parks and open space, libraries and museums, full service grocery stores, and more. Location, as always, is key.

Why is equitable spatial distribution of affordable housing a good thing? For lower income people it reduces the cost of accessing necessary resources, jobs, and life enrichment opportunities. But just as importantly, it is good for everyone. A significant body of scholarly research has developed over the last 25 years demonstrating that more integrated and equitable metro areas are able to create more jobs, raise household incomes, and better sustain economic growth (e.g., see the work by Chris Benner and Manuel Pastor, abstracted here). This conclusion holds for cities in democratic societies worldwide. In short, social equity pays economic dividends that benefit the entire city.

A Denver developer seeking municipal approval for a mixed-use urban core development is required to allocate a certain percentage of affordable housing—either owned or leased—based on a housing affordability index benchmarked to the local municipality and a formula established by HUD.   Developers meet this affordable housing requirement in one of three ways.

First, the developer can create an affordable housing lottery that will dedicate a certain number of affordable units within the residential component of the project. This approach produces social inclusion of lower income households in the same residential structure as those more economically advantaged households.

Second, the developer can build a separate residential building dedicated to affordable housing. This segregates lower income households within the mixed-use project.

Third, the developer can opt-out of building affordable housing by placing monies in a municipally-managed fund to develop affordable housing elsewhere in the city. This excludes lower income households from the project altogether and reinforces spatial segregation of citizens by class and racial identity.

Developers in Western cities rarely take the first, more inclusive approach. Most developers here in Denver will either segregate the affordable housing structure within their mixed-use development or pay the requisite fee to opt out.

Recently, the secretary of HUD introduced a plan that would require municipalities to develop affordable housing on available residential sites in affluent communities if those municipalities hope to receive future HUD monies. This is part of a more aggressive effort by the agency to redress years of discriminatory housing practices.

As you might expect, the pushback by politicians and pundits critical of this plan has been vigorous (e.g., see here). It is condemned as utopian, extortionist, and a threat to property values. The scholarship supporting the policy is disregarded, as is the possibility that affordable housing—if thoughtfully designed and architecturally distinctive—can increase adjacent property values and enhance the social capital of developers and architects who build affordable housing.

Thus, there’s a certain method to HUD’s madness. However, if cities don’t want to be held hostage by HUD and those controlling the power and purse strings in Washington, then it behooves them to deal with the challenge of affordable housing on their own terms.

The CitySummit 2015’s breakout session on social inclusion produced some participant consensus that Denver must “own” the issue of affordable housing, and that local developer and business communities must be sold on the economic argument for building inclusion. One contributor opined that “good business does what’s good for the community.” Others suggested that the business sector must be challenged to clarify “what it stands for” and to “look beyond the bottom line.”

One audience member—a leader of the downtown business partnership in another Rocky Mountain city—summed things up by asserting that we can’t “policy” our way out of challenges like affordable housing. Instead, she called for nothing less than a revolution—in corporate boardrooms, state legislatures, city council chambers, and elsewhere—in how we think about social inclusion. Considering the scholarship on social equity and urban sustainability would be a good start.

The original version of this essay, authored with Kyle Cascioli, was published in The Denver Post, 27 June 2015.