A week ago the Better Block project came to the Five Points neighborhood in Denver. Five Points is one of the city’s oldest and most colorful areas—both literally and figuratively. 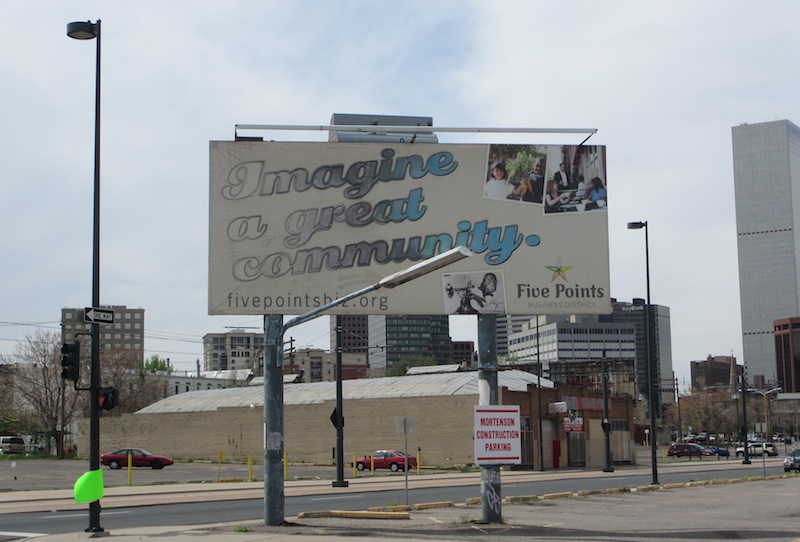 Five Points is a historically black neighborhood.  With a vibrant jazz and black culture scene it became known in the 1930s as the “Harlem of the West.”  The last half of the 20th century brought economic ups and downs—mostly downs.  In 2009 an effort to invigorate the local business economy  began with formation of the Five Points Business District.  A light rail line was established.  Coffee shops—what else?—were opened.  The Blair-Caldwell African American Research Library had opened a few years earlier as a way to preserve the area’s rich history.  Today the neighborhood’s old residences—which include a mix of mansions, row houses, and bungalows that bear testimony to the longstanding economic diversity of the area—are being re-habbed and new apartments are being constructed. 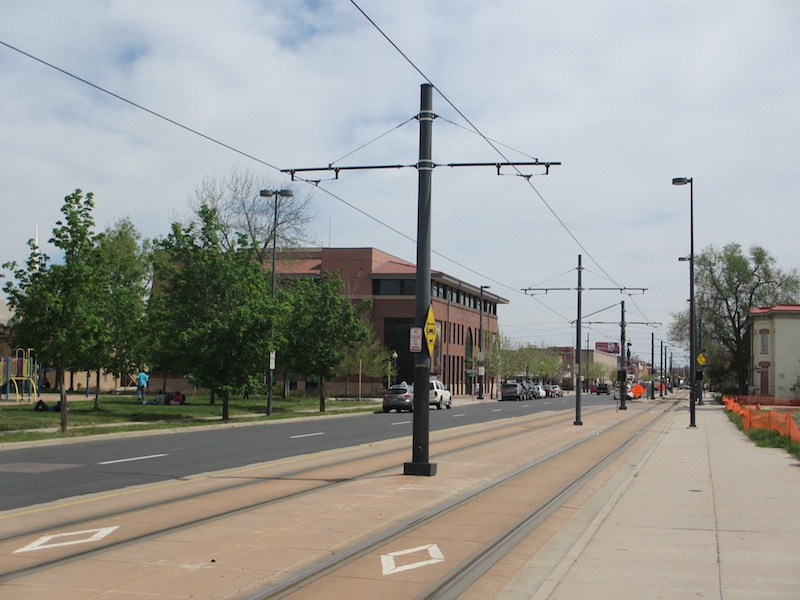 “Downtown” Five Points. The Blair-Caldwell African American Research Library is at left-center. Sonny Lawson Park is to the left. The light rail line is to the right (D. Saitta)

The neighborhood’s Sonny Lawson Park and adjacent baseball field are also being spruced up. Patty Calhoun at Westword locates the park and ball field in Five Points history:

Baseball has always been big in this part of Five Points; in On the Road, Jack Kerouac describes going to a game on Welton Street one night, among “all humanity, the lot.” The park at 24th and Welton streets was the first ball field in Denver to host Negro League games. And on August 9, 1972, it became the first park in the city dedicated to an African American: Sonny Lawson. Lawson was a Denver native who started the Radio Pharmacy at 2601 Welton Street and ran it for more than fifty years; he was also the district executive for the Democratic Party in east Denver for more than two dozen years. 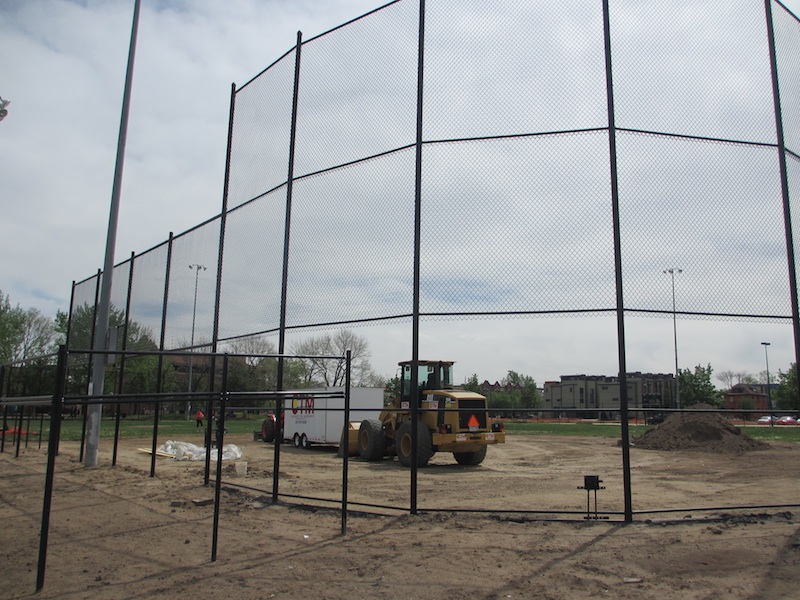 Not surprisingly, the improvements begun in 2009 have ushered in significant demographic change. Today the black population is greatly reduced, down to 15 percent compared to 33% in 2009. The white population is up to 57 percent from only 9% in 2009. Latinos come in at around 23%.

The Denver Post has the Better Block story as well as a photo gallery.  Below are some other pictures of the Better Block event, including the white boards that solicited citizen suggestions for neighborhood improvement. Citizens suggest a farmer’s market, new street side seating (represented by hay bales in the pictures), food trucks (24th Street is the perfect place for them), a kid-friendly water fountain, and more street art.  At the same time, there are critics. One person suggests—not without reason—that the concept of Better Block is “elitist.”  Another suggests that the light rail line is actually keeping people from using Sonny Lawson Park, thereby serving as a de facto gate (in her Westword piece Patty Calhoun notes that Kerouac’s ball field had, until renovations began earlier this year, been surrounded by a twenty foot high fence and padlocked gate—something that Calhoun suggests is similarly non-conducive to “building a better block”).  Someone urges NO GENTRIFICATION in big block letters.  That ship seems to have already sailed, but it may not be too late to bring it back to port. Only time will tell. 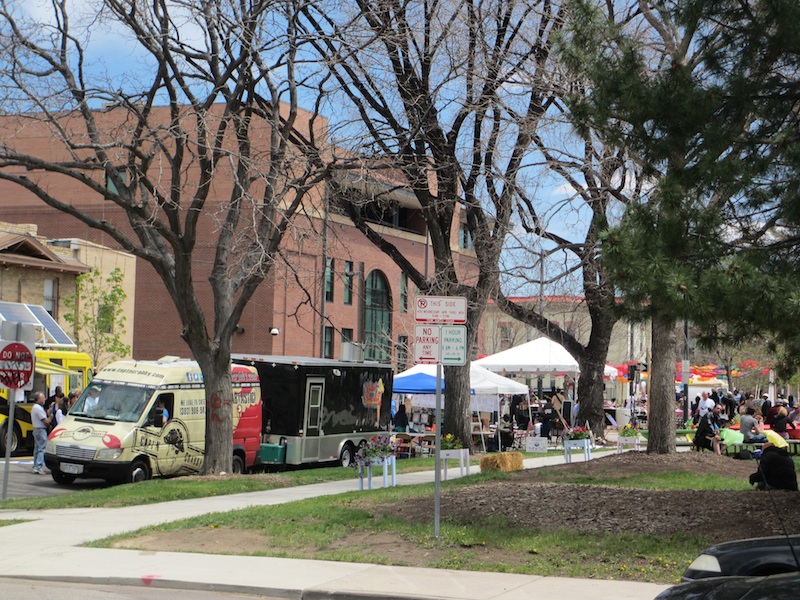 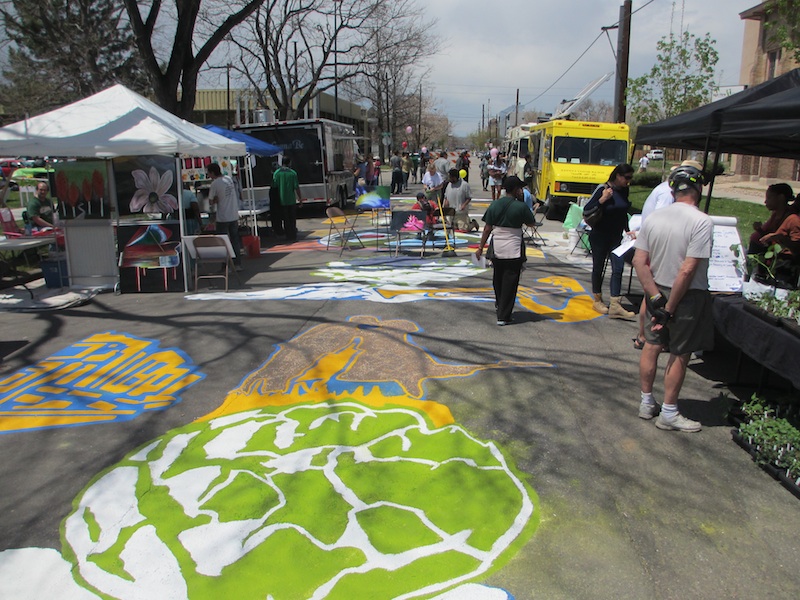 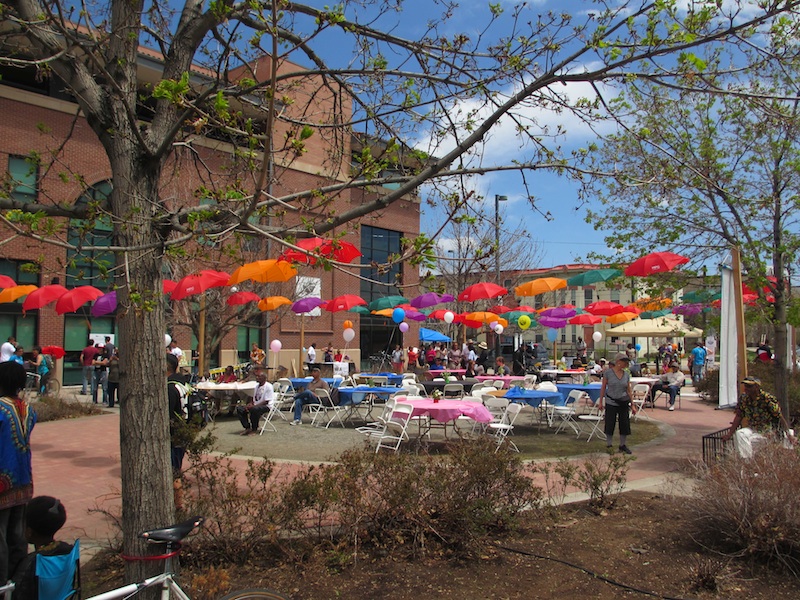 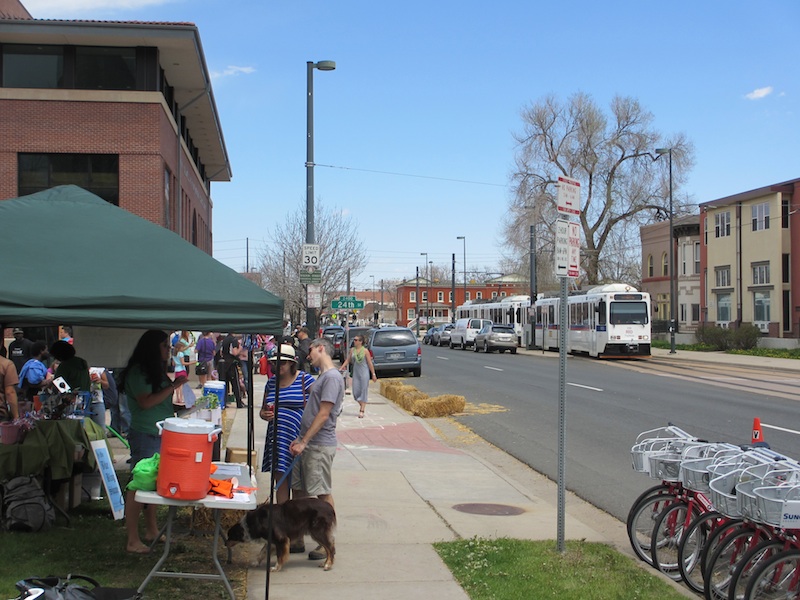 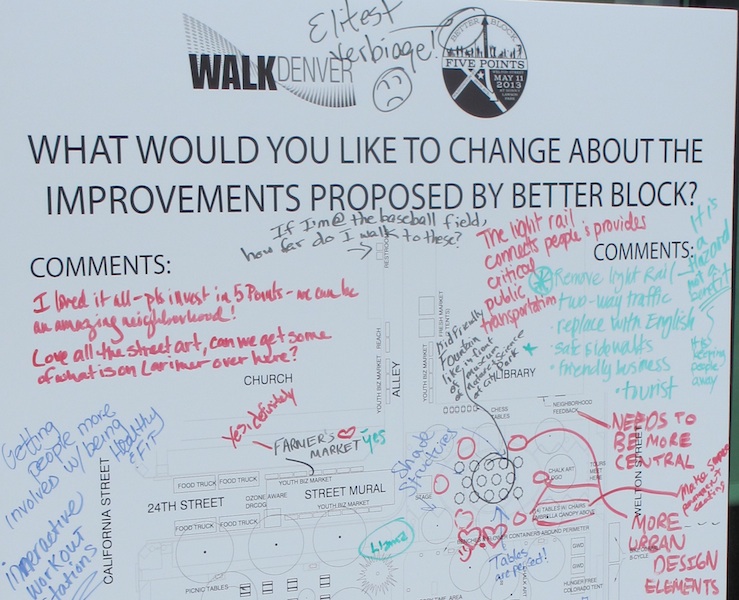 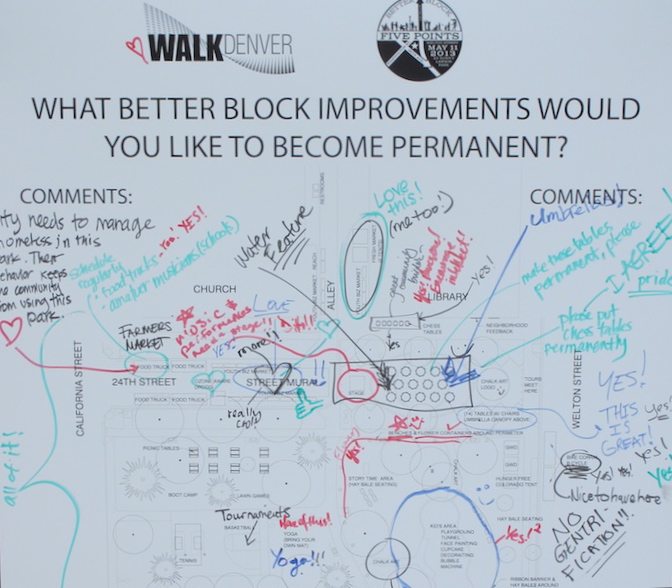