Venice in a Day…And for a Week Later this Month

I’ve visited Venice before, as part of a Grand Tour honeymoon in 1996.  Happily, I’ll be re-visiting the city later this month for a Seminar on “Intercultural Urban Planning and Placemaking.” The seminar is sponsored by the Council of Europe’s Intercultural Cities Programme and will be held at the Università IUAV di Venezia, 21/22 June 2012.  From the seminar’s preliminary  program:

We shape our cities and our cities shape us.  Europe’s towns and cities are now more diverse in terms of ethnicity, language and religion than they have ever been, and the trend is upwards.

The Intercultural Cities project is predicated on the belief that this presents not a threat but an opportunity, but that cities must be smart and strategic if they are to realize this diversity advantage. Our streets, squares, parks, markets and public buildings will be the places where strangers are most likely to encounter one another, so the people who plan, design, build and manage them have an important responsibility. An ill-considered public space can discourage conviviality or even exacerbate tension. However, there are now many examples of urban spaces that are welcoming, reassuring and stimulating, which enhance our natural curiosity and sociability and help to build a sense of intercultural familiarity and citizenship.

The seminar will be a meeting of leading academics and practitioners from cities within the Intercultural Cities network. The aim of this unprecedented event is to highlight and share some best practice principles and practices which will lead to positive innovations in our European urban spaces. 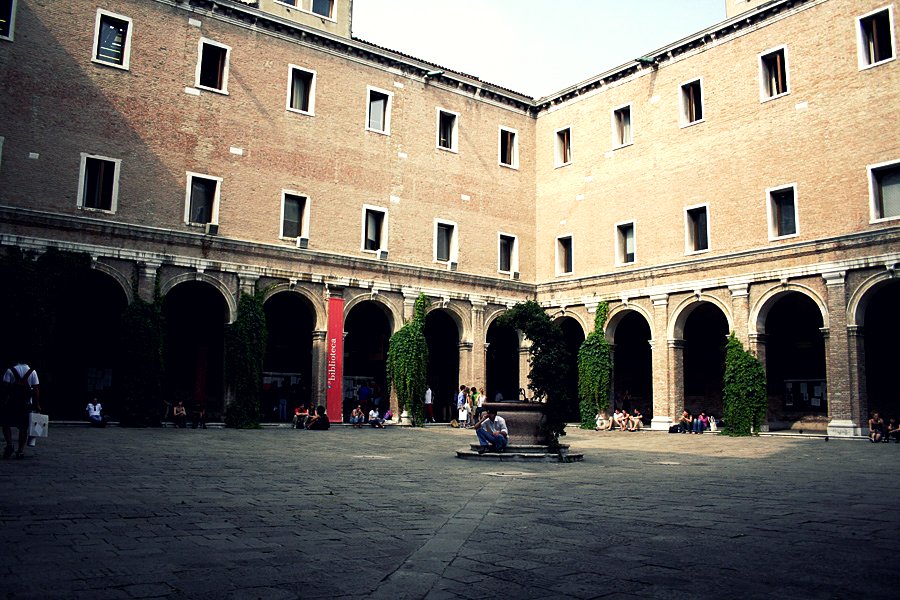 Venice is a perfect choice of location for these conversations, as is The Università IUAV di Venezia.  This is from the University’s promotional material:

The IUAV has three faculties – Architecture, Regional Planning, and Arts and Design –all of which have grown out of the original School of Architecture (founded in Venice in 1926). In recent years the IUAV has implemented a unique experiment in “project-based learning” that is the first of its kind in Italy. Theory and technique are integrated with hands-on training that spans the entire planning and design process, from the conception of an idea all the way through to its realization… [The IUAV] is the only university in Italy entirely devoted to teaching the planning and design of everything related to the spaces and environments in which we live: buildings, cities and landscapes; objects of daily use and graphics; cultural, theatrical and multimedia events.

I’m very grateful to Phil Wood for inviting me to participate in the Intercultural Placemaking seminar.  And, I’m grateful to Mr. Niggli for his fine putting-in-the-mood video.  A calendar of other Council of Europe Intercultural Cities meetings in 2012 is here.